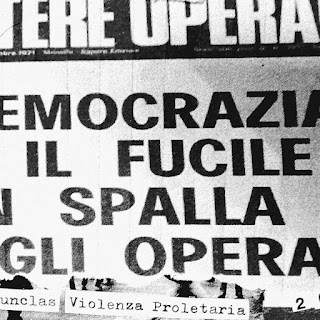 Programmed  beats  and  electro-industrial  sounds  start  off  the  album  while  some  of  the  tracks  are  very  long  and  epic  in  length.  Elements  of  techno  can  also  be  heard  quite  a  bit  throughout  the  recording  along  with  the  music  also  having  its  atmospheric  moments  and  one  track  also  introduces  clean  vocals  onto  the  recording.

https://grabacionesautobombo.bandcamp.com/album/violenza-proletaria-reworked-2019
Posted by OccultBlackMetal at 6:46 PM