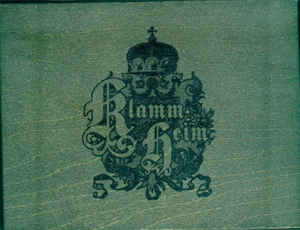 Klammheim are a neo-folk band from Austria that mixes elements of Austropop in their music and this is a review of their 2009 album "Heimwarts" which was released by Heimatfolk.

Percussion's when they are used are very soft and slow beats, while the accordion has a very heavy European folk music feel, as for the bass it is only used as a back drop.

Acoustic guitars utilize a lot of full chords, finger picking and soft playing  to get a medieval feel with the last song having an electric guitar solo, while the vocals are all clean singing female and male vocals.

Lyrics are written in the ancient Styrian dialect and are about the longing for Hiemet, the mythical homeland of German romantics, and the writings of Paula Grogger, as for the music it has a very professional feel and you can hear all of the instruments that are present on this recording.

In my opinion Klammheim are a very good esoteric neo-folk band that should appeal to all fans of this genre. RECOMMENDED TRACKS INCLUDE "Irrlicht" "Namenlos" "Scharweisse Welt" and "wandel zur Ruh". RECOMMENDED BUY.

https://myspace.com/klammheim
Posted by OccultBlackMetal at 8:50 PM No comments: 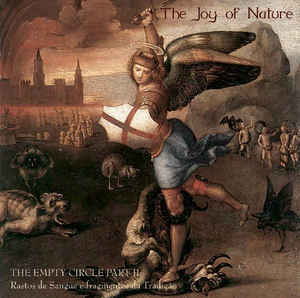 The Joy Of Nature are a band from Portugal that mixes neo-folk with experimental music and this is a review of their 2009 album "The Empty Circle Part II Rastos de Sangue e fragmentos da Tradicao" which was released by Ahnstern.

Acoustic guitars are mostly full chords and finger picking that brings out with feel of the dark age with a lot of other folk instruments and percussion being used that gives the music a tribal and shamanistic feel mixed in with some noise elements that bring the  experimental side to the music.

Vocals are all clean singing male and female vocals with some spoken word passages., while the lyrics are written in Portuguese and it is about the spiritual inheritance of the ancestors of that country, as for the production it is very dark and ancient sounding.

In my opinion The Joy of Nature are a very good experimental neo-folk band that should appeal to all fans of this genre. RECOMMENDED TRACKS INCLUDE "Tancheo" "Sete Cidares" "Por Tua Saudade" and "O Corjeto Sinstro das Sombres". RECOMMENDED BUY.

https://thejoyofnature.bandcamp.com/
Posted by OccultBlackMetal at 2:47 PM No comments: 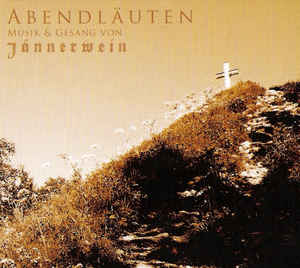 Jannerwein are a band from Austria that mixes old school folk music with neo-folk and alpine folk with martial rhythms and this is a review of their 2009 album "Abendlauten" which was released by Heimatolk.

There are a lot of alpine instruments being used such as harmonica, bells, marchial-grums, flutes, lyra and violins that give the music a classic folk music feel with some electronic elements being used at times.

Acoustic guitars use a lot of full chords and finger picking to bring an ancient musical sound with some solos being used at times, while the vocals are all clean singing, while the lyrics are written in a mixture of Swiss and English and are about sad topics with some Gnostic Christian rituals and mysteries from the Alps, while the production has a very dark and ancient feel.

In my opion Jannerwein are a very good neo-folk band that should appeal to all fans of this genre. Recommended tracks include "The Grass Is Always Browner" "Den Berg Empor" "Wehmut" and "Abendgebet". RECOMMENDED BUY.

https://www.facebook.com/jaennerweinmusic/
Posted by OccultBlackMetal at 2:59 PM No comments: 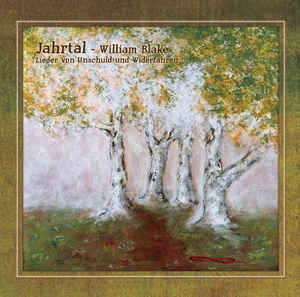 Jahrtal is a Psychedelic Folk project from Austria and this is a review of their album "William Blake Lieder von Unschuld und Widerfahren" which was released in 2009 by Ahnstern.

There are alot of many different folk instruments such as a sitar, lute, banji, dulcimer, gzitar, harpzither, psalter, flute, dubuk, schalm, violin, organ and bird's voice which all bring the music a heavy psychedelic folk feel.

Acoustic guitars use a lot of finger picking and open chords with a small amount of a distorted electric guitar being used at times with some solos, that make you feel like you are in a folk music gathering, while the vocals are all clean singing vocals with some female singing being used at times.

Lyrics are based on the poem's of William Blake and are all translated in german, while the production has a mid 60's, early 70's folk feel.

In my opinion Jahrtal are a very good Psychedelic Folk band, and their approach to reciting William Blake is a lot different than bands that have recited hes work in English, if you are a fan of this genre, you should check this band out. RECOMMENDED TRACKS INCLUDE "Nacht" "Wiegerlied" "Das Schulkind" and "Ach ! Sonnenblume". RECOMMENDED BUY.

https://www.discogs.com/artist/785822-Jahrtal
Posted by OccultBlackMetal at 1:47 PM No comments: 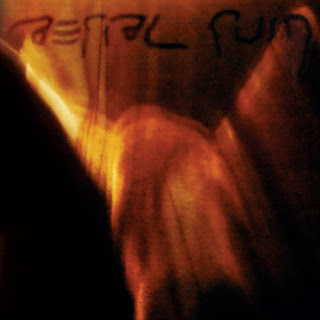 Aerial Ruin are a dark neo-folk band from Portland, Oregon and this is a review of their 2011 album "Valleys Of The Earth" which was released by Vendlus Records.

Acoustic guitars a neo-folk riffs that utilized a lot of full chords and finger picking to create a very dark sound and at times they get faster, while the electric guitars sound very dark and distorted, as for the vocals are all  clean singing vocals that have a 1960's folk rock feel to them.

In my opinion Aerial Ruin are a very good neo-folk band, and if you are a fan of this style, you should check out this band. RECOMMENDED TRACKS INCLUDE "Amends" "Lonely Of Need" "Sacraments" and "Psalm". RECOMMENDED  BUY.

http://www.aerialruin.com
Posted by OccultBlackMetal at 4:10 PM No comments: 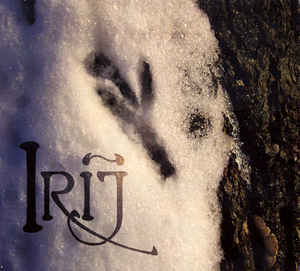 Irij is a one woman folk project from Switzerland that includes Meri Tadic from Eluveitie with the music being a homage to the Slavic Gods and this is a review of their  2009 self titled album which was released by Ahnstern.

Acoustic guitars use full chords and picking to create a medieval folk sound while the violins are very folk and pagan sounding which brings up the pre Christian days of the Slavic lands.

Vocals are all clean singing female vocals, while the lyrics are written in Russian and are about the Slavic pagan gods, as for the production it has a very dark and medieval feel to it.

In my opinion Irij is a very good pagan neo-folk band and should appeal to all fans of this genre. RECOMMENDED TRACKS INCLUDE "Ajde Dano" and "Bogu Govorim". RECOMMENDED BUY

https://irij.bandcamp.com/
Posted by OccultBlackMetal at 11:24 AM No comments: 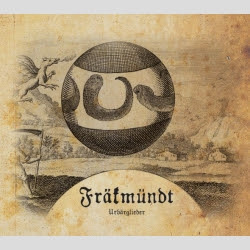 Frakmundt are a band from Switzerland That featues Cz the mastermind behind Vinterriket, Atomtrakt, and Dannagoischd that plays a style that I would describe as being Swiss Ur Folk and this is a review of their debut album "Urbarglieder" which was re-issued by Percht and Steinklang.

Percussion's are mostly slow beats with a lot of folk instruments being used such as the accordion, flute and violins which gives the music a very ancient feel.

Acoustic guitars are mostly full chords and finger picking that are played at a mid paced beat that brings an European folk music feel to the music, while the vocals are all clean singing vocals with some whispers, spoken word passages,females singing and a small amount of aggressive vocals that have a black metal feel to them, as for the synths when they are utilized they bring a very dark feel to the music.

Lyrics are written in German and cover old sagas and nearly forgotten songs and atmospheres of Switzerland, while the production has a very dark and esoteric feel.

In my opinion Frakmundt are a very good neo-folk band and another masterpiece from cz, if you are a fan of that style and all of the other guys projects, you should check out this album. RECOMMENDED TRACKS INCLUDE "Die Alte Schyzer" "Herschtmanet" "Simelibarg" and "wormer". RECOMMENDED BUY.

https://frakmundt-ch.bandcamp.com/
Posted by OccultBlackMetal at 11:30 AM No comments: 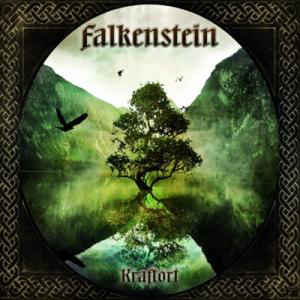 Falkenstein are a pagan neo-folk band from Germany with some progressive/psychedelic touches and this is a review of their 2009 album "Kraftort" which was released by Heimatfolk.

Lyrics are written in German and are the Germanic pagan gods and the heathen way of life, while the production has a very dark medieval feel to it.

In my opinion Falkenstien are a very good pagan neo-folk band that should appeal to all fans of this music style. RECOMMENDED TRACKS INCLUDE "Trudenritt" Kraftort" "Eihwaz" and "Kornmuhme". RECOMMENDED BUY.

https://www.facebook.com/Falkenstein.folk/
Posted by OccultBlackMetal at 6:53 PM No comments: