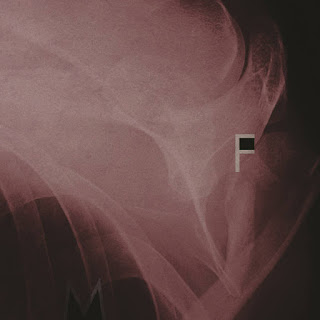 Heavy  and  distorted  drones  and  harsh  noises  start  off  the  ep  along  with  some  industrial  sounds  and  after  awhile  the  music  gets  more  avant  garde  and  experimental  along  with  some  psychedelic  sounds  being  utilized  from  the  keyboards  and  percussion's  are  added  into  certain  sections  of  the  recording  and  the  bring  a  very  militant  feeling  to  the  record.

http://www.facebook.com/fathermurphyband?fref=ts
Posted by OccultBlackMetal at 3:21 PM No comments:

1.Can you give us an update on what is going on with the project these days?
I’m just getting everything finalised for the re-release of Atlantean Symphony, out 05-05-14, which includes 2 bonus tracks. It comes in as a lavish antique book style pressing on CD – perfect for collectors (like myself). The bonus tracks are CD only, the rest are available as a download from all the usual places.
Beyond that, I’m also working on Resonance of the Pyramids for an album release in 2015, and also a sequel to Atlantean Symphony, which will pick up where the concept of the current release ends. I’m also re-working the first Dreamfire demo – Through Shades of Eternity – so there is plenty going on at the moment.

2.How would you describe the musical sound of the newer material and also how does it differ from the stuff you have released in the past?
Essentially, the demo material was like a sketch, something on which I built many layers and textures to bring what was the ultimate realisation of the concept to fruition. The advances in music technology helped to complete the vision, to give life to what my imagination began to form all those years ago. It would have been impossible for me to do anything like what became the final album when I began to write the Atlantean Symphony demo back in 2001.

3.Can you tell us a little bit more about the Atlantean concept you have on the new release?
The music takes you through the journey from creation to the end of a cycle of existence, ending with the release of the accumulated knowledge, left to drift away upon the metaphorical tide. Ultimately, there is no real end, all knowledge remains, in some form, waiting for those that can hear the call.

4.Your music over the years has explored ancient mysteries, magick, legends and majestic themes, can you tell us a little bit more about your interest in these topics?
I have a huge interest in ancient myths, legends and the esoteric, from all parts of the world. And it’s surprising to find so many common themes from what should be, in ancient times, entirely isolated cultures. There is so much to draw on that inspires the writing of music that I have an almost limitless supply of inspiration for starting points, then, once you get inside the concept, become attuned to it, you realise that there really is no limit to where things can take you.

5.What is the meaning and inspiration behind the name 'Dreamfire'?
The name Dreamfire signifies the illumination of the eternal circle of existence beyond the physical, beyond space and reality, within the boundless and timeless expanses of the macrocosmic universe

6.With this project you work all solo, do you feel this gives you more room to be creative with your albums?
Exactly. This is a personal and expansive journey – it simply would not work if I had to reach a communal agreement with other musicians who perhaps would not understand the feelings behind the concepts that are to be explored.

7.This project has been around since 1999, what is it that motivates you to keep going after all these years?
To put it simply, it is something I have to do. Something that has to come out. Though as I write on my own terms, I never seek to have anything that even resembles a fixed schedule. The art comes at its own pace. Seeking to force it can’t work, it would dilute the essence of what it should be.

8. Imperative PR has been promoting the new album, how did you get in contact with them and also how would you describe the support they have given you so far?
Dreamfire is unique, and I definitely didn’t want to be just one of 100 acts being represented by various agencies. Imperative have a combined experience of over 2 decades working in major print media, as well as many other parts of the music industry, so it really was a simple choice to throw all that experience and professionalism behind the release.

9.On a worldwide level how has the feedback been to your albums by fans of symphonic and ambient music?
Very good. The music seems to have found a natural home with people who enjoy everything from black metal to ambient music. And a number of excellent reviews from some major publications are always a good thing to receive too.

10.Where do you see the project heading into musically during the future?
Each release will be different, as I explore different themes with each recording. Different themes require different sounds, different dynamics. They will, of course, always be under the general heading of ambient/neoclassical – even though I really dislike using a generic term to describe music that is so expansive and immersive. However, buried beneath the surface of all my releases, there will be the Dreamfire constant, the one thing that binds everything together. Nothing is ever truly isolated when dealing with such important themes.

11.What are some of the bands or musical styles that have had an influence on your music and also what are you listening to nowadays?
My tastes are wide, everything from Bathory to Beethoven, Wagner to Venom, Vangelis to Iron Maiden and so on. I suspect some of my metal side has influenced the bigger parts of what Dreamfire does, and helps to give it an extra dimension. As for what I’m listening to right now, the advance of the upcoming Agalloch album is just incredible!

12.What are some of your non musical interests?
Music, naturally, takes up most of my time - from writing to recording to going to shows etc…etc…but I always manage to make time to sample many fine European lagers with friends whenever possible. I aim to sample beers from every country on Earth!

13.Before we wrap up this interview, do you have any final words or thoughts?
Thanks for the interview. Check out the website for all the latest news and merchandise from the Dreamfire realm at www.dreamfiremusic.co.uk – and of course, there are many music samples and videos to explore for those new to the works of Dreamfire.

Posted by OccultBlackMetal at 12:30 PM No comments: 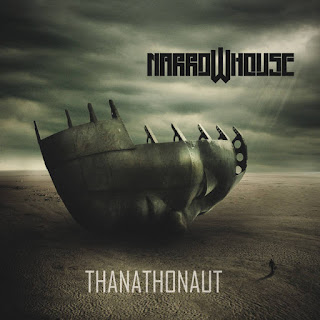 Narrow  House create  a  very  original  sound  with  their  music  with  a  great  amount  of  atmospheric  funeral  doom  metal  elements  but  with  much  shorter  songs  than  most  of   the  bands  of  the  genre  and  they  band  also  brings  in  influences  from  all  styles  of  doom  metal   and  stoner  rock  as  well  as  being  very  experimental,  the  production  sounds  very  professional  and  the  lyrics  cover  solitude,  self  destruction,  death  and  apocalypse  themes.

Posted by OccultBlackMetal at 3:24 PM No comments: 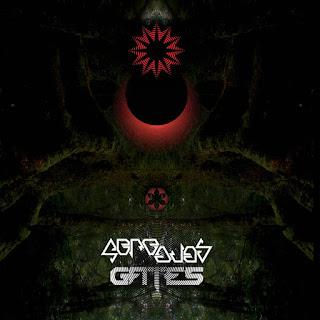 Harsh  electronic  music  sounds  start  off  the  album  along  with  some  atmospheric  elements  which  also  leads  up  to  heavy  distortion  and  drones  an d the  songs  have  a  ritualistic  feeling  to  them  along  with  some  ambient  elements  being  added  onto  the  later  tracks  and  each  song  has  a  very  different  sound  to  them  and  the  songs  would  be  perfect  to  listen  to  while  meditating  for  and  astral  journey  and  on  some  of  the  later  tracks  there  is  a  small  amount  of  ritualistic  chanting  being  utilized  in  the  background  along  with  some  tribal  elements.

https://abre-ojos.bandcamp.com/
Posted by OccultBlackMetal at 4:15 PM No comments:

Abyssvsaenvs  bring in  a  very  primitive   and  ritualistic  sound  with  the  epic  track  that  they  bring  onto  the  ep,  with  the  music  being  all  instrumental  and  occult  sounding  and  the  production  has  a  very  dark  sound  that  enhances  the  evil  atmosphere  of  the  track.

Posted by OccultBlackMetal at 6:04 PM No comments: 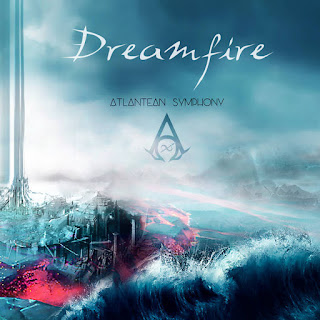 Dreamfire  have  a  very  interesting  yet  minimal  sound  with  this  album  with  all  of  the  tracks  being  very  atmospheric  and  combing  new  age,  neo  classical  and  ambient  to  create  their  own  sound  with  these  instrumental  tracks,  the  production  sounds  very  professional  and  the  song  themes  cover  Atlantic,  Esoteric  and  the  Arcane  topics.

Posted by OccultBlackMetal at 6:53 PM No comments:

Experimental  soundscapes  start  off  the  ep  along  with  some  noises  and  human  tortured  voices  and  after  awhile  the music  gets  more  evil   and  has  a  sound  close  to  black  metal  with  the  vocals  using  some  grim  high  pitched  screams along  with  some  melodic  chanting  being  utilized  in  some  parts  of  the  recording.

502  have  a  very  interesting  sound  to  them with  their  music  combing  drone,  experimental  and  ritualistic  noise  with  black  metal  vocals  to  create  their  own  sound  along  with  a  very  dark  and  raw  production  and  lyrics  that  cover  darkness  and  occultism  themes.

Posted by OccultBlackMetal at 6:57 PM No comments: 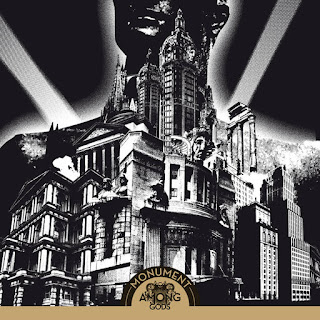 Among  Gods  stick  to  the  sound  they  had  on  the  last  recording  and  create  another  heavy  old  school  doom/death  metal  album  while  also  having  a  good  amount  of  diversity  to t hem,  the  production  sounds  very  powerful  and  makes  the  old  school  elements  sound  even  heavier  along  with  some  lyrics  that  cover  some  really  dark  topics.

http://prcmusic.com/zencart/index.php?main_page=product_info&cPath=1&products_id=252
Posted by OccultBlackMetal at 9:42 PM No comments: