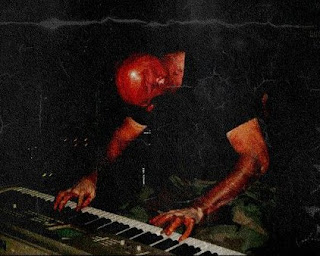 12. Outside of music what are some of your interests?
12) I try to escape mundanity as much as possible. Some of my best
times on this planet were while mountain climbing, hiking and
sightseeing, I lived in Japan for a couple of years. Climbing the
cliffs in Okinawa and overlooking the China Sea put the universe in my
face. People are too busy watching TV, buying crap they don't need,
ect to realize that real beauty can't be bought. I just hope that we
don't destroy the planet while we're destroying ourselves.

13. Any final words or thoughts before we wrap up this interview?
13) Thank you very much for taking the time to interview me for
Goatcraft. I hope the debut album is to your liking.

Posted by OccultBlackMetal at 5:18 PM No comments: 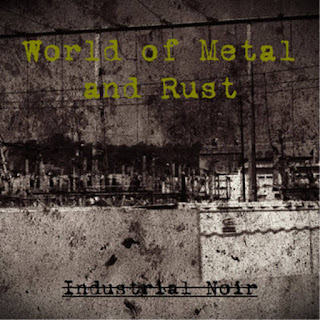 You can order or stream this recording at http://worldofmetalandrust.bandcamp.com/
Posted by OccultBlackMetal at 12:06 PM No comments: 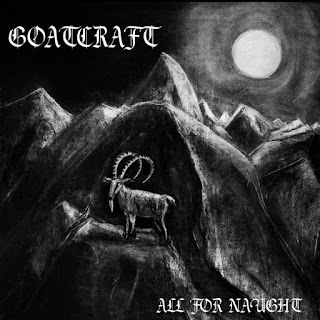 Keyboards  and  pianos  bring  in  elements  of  occult,  dark  ambient  and  neo  classical  to  create  a  very  dark  and  evil  sound  of  their  own  while  also  being  darker  than  any  metal  band  without  being  metal  and  there  are  the  only  musical  instruments  that  are  present on  this  recording. 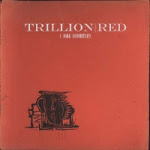 Drum  programming  ranges  from  slow  to mid  paced  playing,  while  the  synths  and  sound  effects  bring  in  elements  of  avant  garde,  experimental,  ambient,  industrial  and  noise  to  the  recording,  as  for  the  bass  playing  it  has  a  very  strong  and  powerful  sound  with  heavy  riffing  that  dominates  throughout  the  recording.

Trillion Red Facebook
Posted by OccultBlackMetal at 8:59 PM No comments:

https://www.facebook.com/SIXREASONSTOKILL/
Posted by OccultBlackMetal at 11:20 PM No comments: