1.Can you give us an update on what has been going on with the musical project since the recording and new release of the new album?
I've just been working on getting the CD and cassette editions of the album printed. I'm working with a label on that endeavor, and we should have them printed in the next couple of months.
2.You recently released a new album, can you tell us a little bit more about the musical direction it has taking and also how much progress do you feel you have made since the last ep?
The new album is rooted in the same primary elements as the EP, and expands on them in several different ways. The songs on "Weightless at Dawn" were the first songs ever written for the project, but there was a distinct style to them that needed to be elaborated on. I had plenty of time to reflect on the EP before making the album, and that helped make a lot of progress as far as identifying what the Truthseeker sound is, and how to expand on it properly.
3.The music is all instrumental, you are planning on adding vocals in the future?
I consider it sometimes. Even if I started singing there would still be some instrumental pieces. That's just the way I write with this project.
4.What are some of the themes and images you bring out with your music?
I guess a "theme" I've worked with so far is is capturing a single emotion or a certain state of mind with each song, and staying on that single emotion/mindframe to the end, instead of bouncing around to different feelings. This way each song encapsulates a significant feeling or perspective that can be easily revisited by listening to the song again.
The imagery for me is, in the case of the new album, always a dark blue piece of scenery, of a place that's important to me personally. However it's as if I'm looking at it from the afterlife, and I'm observing these old places and these feelings that defined me when I was alive, but now I can look at them the same way we look at paintings and photographs right now, and draw a meaning from them as such.
5.What is the meaning and inspiration behind the name 'Truthseeker'?
The name came from a conversation with a friend I had for a short while. She was something of an adviser and teacher to me on a spiritual level, but she had cancer when I met her which she succumbed to just a few months later. In one of our conversations she told me I "have the soul of a Truthseeker." I don't know how deep the meaning was behind her saying that, but it was a nice thing to hear...so naming my solo project Truthseeker was a way of honoring and remembering the fact that this brilliant person believed in me on that level.
6.Currently the music project is solo but there was another band member in the past, are you planning on using using musicians again for this project or do you choose to remain solo?
Remaining solo just feels right. However I am interested in playing live at some point, which of course I would need other musicians for. As far as writing and recording goes, I feel really comfortable doing it alone.
7.According to the fb page, the project is signed to Dissociation Records, can you tell us a little bit more about this label?
That is my personal label, for the music I put out. It's not really a fully functional label (signing other acts, etc.) as it is just a moniker for all my independent releases.
8.What is going on with your other musical projects these days?
I'm in a progressive rock band called Vine with my friend Justin, and we are putting our first album together right now, which I'm very excited about. Other than that, I have just been writing a lot of new stuff, for Obsidian Tongue and Truthseeker.
9.What direction do you see Truthseeker heading into on future releases?
I'm always just chasing the sounds and melodies that are in my head, which I feel I'm getting closer and closer to. All I can say is future releases will be the style of music I hear in my mind all the time. I can't really explain the sound right now.
10.What are some bands or musical style that have had an influence on this musical project?
The sound is influenced by hard rock/classic rock, progressive rock, doom metal, classical music, and ambient music. The primary artists that inspire me with the band are Pink Floyd, Rush, Robert Fripp, Led Zeppelin, Anathema, Morne, and Cliff Burton's work with Metallica.
11.Has there ever been any live shows with this musical project?
Not yet. Hopefully soon!
12.Before we wrap up this interview do you have any final words or thoughts?
Thank you for your interest, and for inviting me to do this interview. It was a pleasure.

https://truthseeker1.bandcamp.com/
Posted by OccultBlackMetal at 9:34 PM No comments: 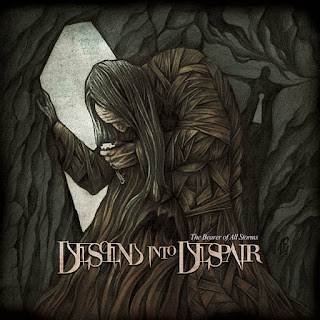 As   the album  progresses  the  music  gets  more  dark,  depressive,  tragic  and  melodic  with  a  melancholic  atmosphere  which  brings  an  epic  feeling  to  the  recording  while  also  remaining  heavy  and  slow  all  at  the  same  time  and  clean  singing  vocals  are  added  onto  the  record  in  certain  sections  of  the  recording  as  well  as  small  amounts  of  clean  playing  and  symphonic  elements.

http://domesticgenocide.bandcamp.co
Posted by OccultBlackMetal at 4:02 AM No comments: 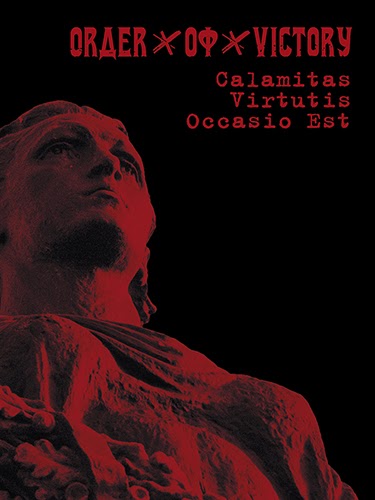 The  ep  starts  out  with  flutes  and  spoken  word  parts  and  a  few  seconds  later  acoustic  guitars  and  melodic  vocals  are  added  into  the  music  along  with  tribal  style  drums  and  synths  a  few  seconds  later  and  the  second  song  starts  out  with  World  War  II  samples  before  adding  in  folk  instruments  as  well  as  going  into  a  more  atmospheric  direction  while  also  having  militant  drums.

https://www.youtube.com/watch?v=jXHPMSccDs8
Posted by OccultBlackMetal at 11:51 PM No comments: 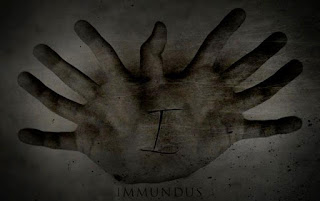 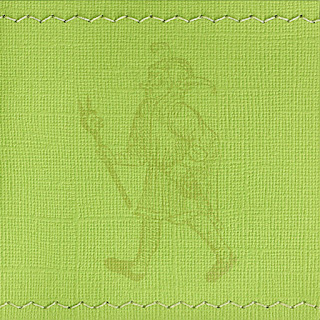 Song  lyrics cover  depressive  and  nature  themes,  while  the  production  has  a  very  dark  and  old  school  sound  where  you  can  hear  all  of  the  musical  instruments  that  are  present  on  this  album.

https://novemthree.bandcamp.com/
Posted by OccultBlackMetal at 11:19 PM No comments: 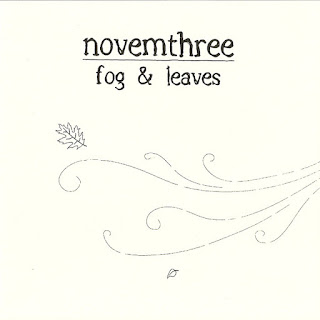 https://novemthree.bandcamp.com/
Posted by OccultBlackMetal at 10:38 PM No comments: 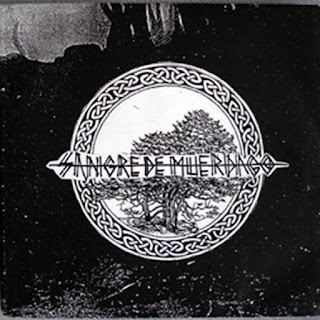 https://sangredemuerdago.bandcamp.com/
Posted by OccultBlackMetal at 10:00 PM No comments: 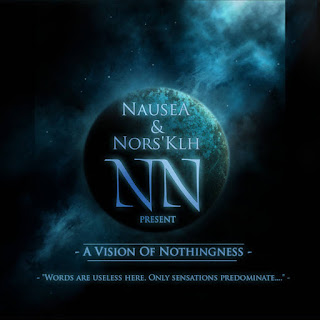 Next  up  is  NauseA  another  dark  ambient  project.

Song  themes  cover  darkness  and  metaphysical  topics,  while  the  production  has  a  very  dark  and  powerful  sound  with  the  last  song  being  very  long  and  epic  in  length.

https://www.hypnoticdirgerecords.com/download006.php
Posted by OccultBlackMetal at 9:11 PM No comments: 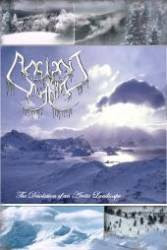 https://www.hypnoticdirgerecords.com/download003.php
Posted by OccultBlackMetal at 11:28 PM No comments: 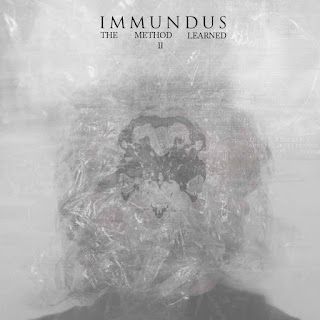 The  ep  starts  out  with  some  dark  experimental  sounds  along  with  some  ambient  drones  and  the  music  gets  more  diverse  after  a  few  seconds  and  minutes  and  on  the  second  song  more  traditional  ambient  elements  are  added  into  the  music while  also  still  utilizing  a  great  amount  of  drones  and  there  are  quest  appearances  from  Frederick  Klingwall,  Nausea,  In(S)cissors,  and  Sphere-Sounds.

https://www.hypnoticdirgerecords.com/download003.php
Posted by OccultBlackMetal at 9:59 PM No comments:

Song  themes  cover  darkness,  depression  and  metaphysics,  while  the  production  has  a  very  dark  sound  with  synths  being  the  only  musical  instruments  that  are  present  on  this  recording  as  well  as  a  couple  of  songs  being  long  and  epic  in  length.

Posted by OccultBlackMetal at 8:42 PM No comments: 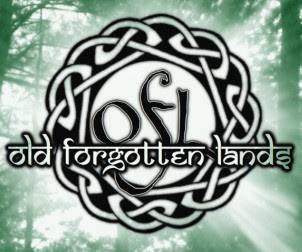 https://www.spirit-of-metal.com/en/band/Old_Forgotten_Lands
Posted by OccultBlackMetal at 5:48 PM No comments:

Well, Erang is a part of my life and I’m still pretty active with it :  I’m going to release a new album “ Casting The Ancient Spell Again “ on http://erang.bandcamp.com Furthermore, some splits will probably come as well during February.

2.You have a new album coming out, can you tell us a little bit more about the musical direction it has taken and also how does it differ from your previous recordings?
I guess it still has the “Erang sound” to say so, but with some surprises and sometimes new sounds... I sing on one track, for instance. With each new album I try to incorporate few news elements. Not necessary a lot but I find that if you listen from “ Tome I “ to “Another World, Another Time”, you’ll find an evolution.

3.You have put out a lot of releases in the last couple of years, would you say that music takes up a lot of your time?
Yes, indeed.

4.What are some of the themes and concepts you have explored with your music over the years?
Mainly nostalgia and escapism.

5.You put out an ep a few months back based on the works of J.R.R Tolkien can you tell us a little bit more about your interest in this author?
My father use to tell me stories from Bilbo to put me to bed so the world of Tolkien has always been very familiar to me.

6.Can you tell us a little bit more about the concept behind the name 'Erang'?
Erang is truly a part of me, a part of my past and my personal history.

7.So far you have worked all solo, are you interested in working with other musicians in the future?
I’ve already done a collaboration with Lord Lovidicus which was really fun (we covered each other songs) and you could listen to it here : http://www.youtube.com/watch?v=jo6kOtnUlc4
I’ve also done a 3 ways split with Drom and Stella Borealis :http://dromstellaborealiserang.bandcamp.com/
Erang will always be solo, it is to personal to share it with anybody. But I’m always open to splits if I like the music of the other band.

8.On a worldwide level how has the feedback been to your music by fans of dungeon synth?
I’m very touched by emails or message that sometimes people send to me saying how much they feel connected to my music. This is really important to me : having the feedback of people and knowing that, far from my home, an unknow person is enjoying my music and feel connected to my world.

9.What are some bands or musical styles that have had an influence on your music and also what are you listening to nowadays?
Mortiis / Vond, Burzum (the ambient ones) and I like very much Lord Lovidicus.

10.Does Paganism play any role in the music?
On my fourth album, the name of the last track is “Within The Land Of My Imagination I Am The Only God “… This sum up everything.

11.Do you have any non musical interests?
I like drawings and photo manipulation, and that’s why I do all my artworks. It is really part of the fun and of the whole “Erang experience”.

12.Before we wrap up this interview do you have any final words or thoughts?
I cant thanks enough all the people who support me here and there : I don’t do music to please people, I do the music that I want to hear, for myself… but when someone loves it, this is the best feeling ever ! So I thank you all.
https://www.facebook.com/kingdomoferang

Posted by OccultBlackMetal at 8:43 PM No comments: 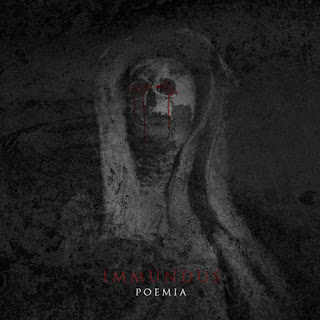 https://immundus.bandcamp.com/
Posted by OccultBlackMetal at 11:41 PM No comments: 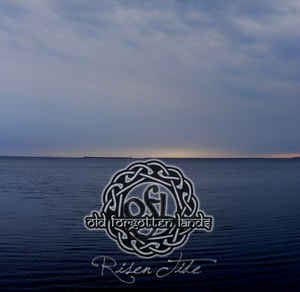 https://www.hypnoticdirgerecords.com/ofl-main.php
Posted by OccultBlackMetal at 10:05 PM No comments: 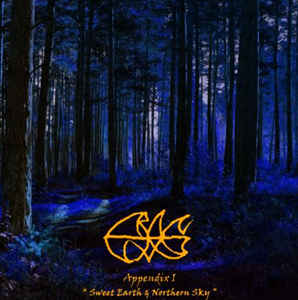 The  ep  starts  out  with  dark  and  atmospheric  sounding  synths  which  combine  ambient  and  classical  together  along  with  elements  of  dungeon  synth  as  well  as  some  drum  programming  and  you  can  hear  influences  from  Brrzum's  synth  work  and  the  music  also  gets  more  epic  as  time  goes  on  by.

https://erang.bandcamp.com/
Posted by OccultBlackMetal at 9:01 PM No comments: