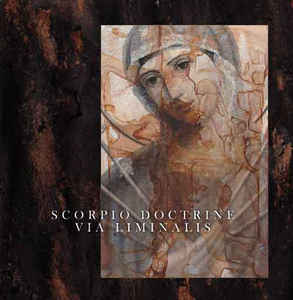 Scorpio  creates  4  very  dark  sounding  neo-folk  tracks  that  also  brings  in  elements  of  darkwave,  neo-classical  and  martial  to  create  a  sound  of  their  own,  the  production  sounds  very  dark  while  the  lyrics  cover  Gnosticism  and  Occultism  themes.

Posted by OccultBlackMetal at 11:13 PM No comments: 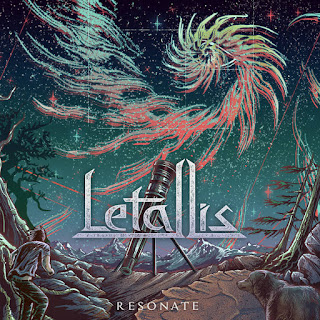 A  very  dark  and  melodic  guitar  lead  starts  off  the  album  along  with  some  heavy  riffing  and  a  few  seconds  later  metalcore  style  growls  are  added  into  the  music  and  the  music  at  times  also  gets  brutal  when  blast  beats  are  utilized  and  after  awhile  the  music  starts  incorporating  more  melody  and  progressive  metal  elements.

Most  of  the  music  sticks  to  mostly  a  slow  to  mid  paced  musical  direction  while  they  also  have  their  fast  moments  at  times  and  also  utilizes  a  decent  amount  of  death  and  metalcore  style  breakdowns  and  as  the  album  progresses  clean  playing  and  acoustic  guitars  can  be  heard  in  certain  sections  of  the  recording  which  also  gives  the  songs  more  of  a  progressive  feeling  when  they  are  utilized.

Letallis  takes  the  progressive  metal  genre  and  mixes  it  in  with  the  heaviness  of  melodic  death  metal  as  well as  bringing  in  elements  of  metalcore  to  create  an  album  that  is  still  very  extreme  yet  original  at  the  same  time,  the  production  sounds  very  professional  for  being  a  self  released  recording  while  the  lyrics  cover  dark  and  real  life  themes.

http://www.facebook.com/Letallishttp://letallis.bandcamp.comhttp://twitter.com/letallis
Posted by OccultBlackMetal at 9:42 PM No comments: 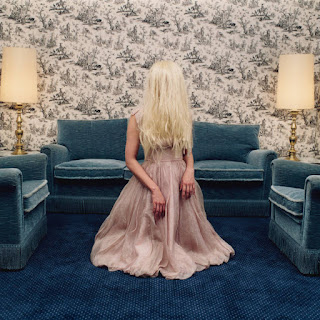 Dimesland  plays  a  style  of  avant  garde  and  experimental  metal  that  brings  in  a  variety  of   many  different  genres  from  death,  black,  sludge  and  thrash  to  create  a  sound  of  their  own,  the production  sounds  very  professional  for  being  a  self  released  recording  while  the  lyrics  cover  psychological  themes.

Posted by OccultBlackMetal at 11:30 PM No comments: 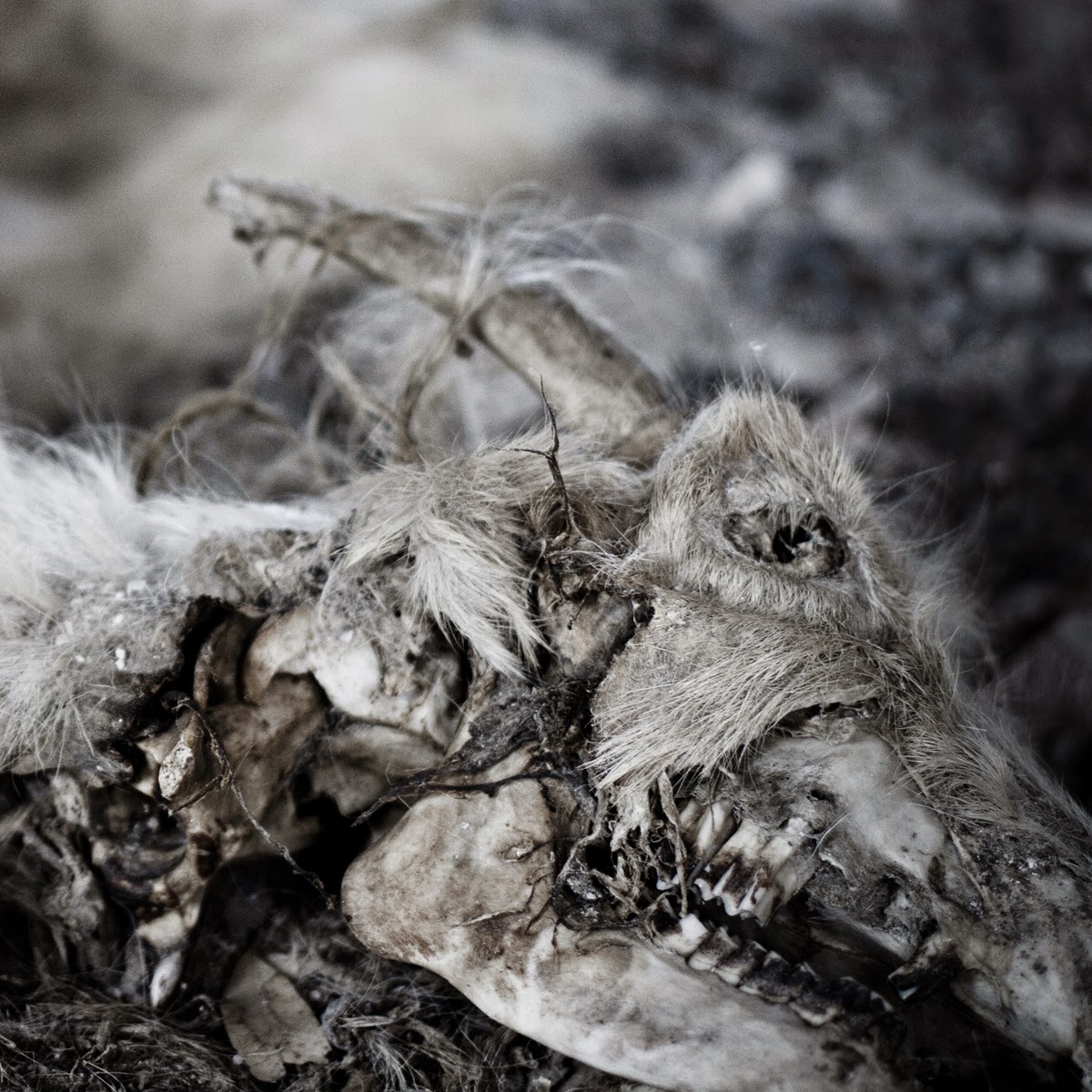 Spoken  word  samples  start  off  the  album  before  going  into  an  atmospheric  and  melodic  doom  metal  direction  which  also uses  keyboards  in  the  background  and  then  death  metal  growls  and  guitar  leads  that  utilize  a  great  amount  of  melody  are  added  into  the  music  and  after  awhile  clean  singing  vocals  can  be  heard  in  certain  sections  of  the  recording. 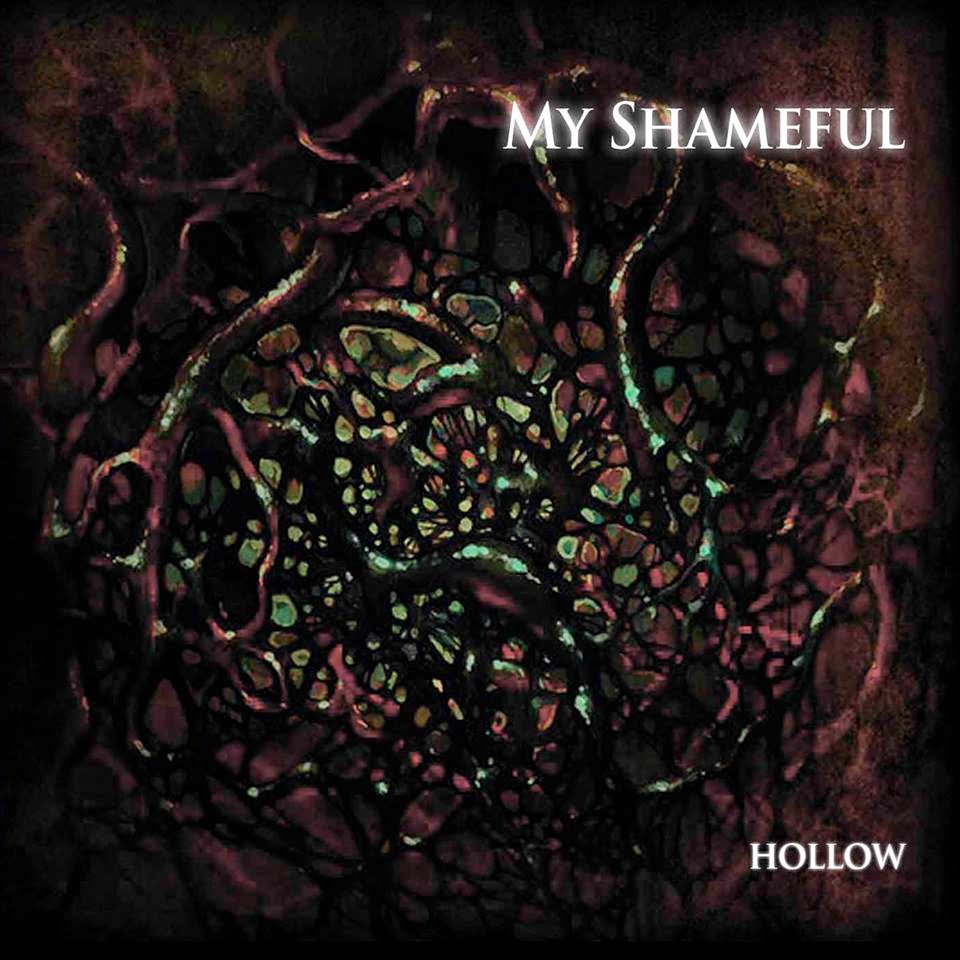 https://mfl-records.bandcamp.com/album/hollow
Posted by OccultBlackMetal at 11:58 PM No comments:

Thanks For Your Pain Interview 1)For those that have never heard of you before, can you tell us a little bit about the band?

The band was founded in 2011. Few years were spent for searching style of music in which we would like to play. Finally as result of our searching, has become our album "Anywhere Is Everywhere" which was released at begining of 2014. Previously we have issued EP "The Road To Eternity" and single "Change Your Fate", but they can’t be compared to our full-length album.

2)Recently you have released a new album, how would you describe the musical sound that is presented on the recording?

We have put all the best which we could during the process of recording our full-length album "Anywhere Is Everywhere". Heavy and melodic riffs, melodic vocal, which no one can repeat, strong bass which has similar sounding with Korn and Madvayne, inexpressible , strong , difficult and beautiful parties of solo guitar's. Moreover, acoustic guitars, fortepiano and cello, are presented in the bonus-track "My Motherland", where we have shown, that we can use not only electro instruments, but also classical as well.

3)On the album you had mostly melodic vocals, are you planning on using aggressive vocals in the future or do you prefer to keep the vocals melodic?

By now we are working on the new album, we leave the possibility presence of extreme vocal, but anyway we'll still keep melodic vocal in a priority.

4)What are some of the lyrical topics and subjects the band explores with the music?

Texts in the album mainly based on relations between man and woman. Love and all the consequences of it, as well as pleasures and disappointments. The new full-length album will be different from first.

5)What is the meaning and inspiration behind the name 'Thanks For Your Pain'?

For everyone this phrase has personal meaning , every may find unique understanding for itself. Pain, which was inflicted by someone, can change all your life, in our case for sure, only for better.

6)What are some of the best shows that the band has played so far and also how would you describe your stage performance?

Each our performance on the stage is the best. We don’t split them by the quality. From every our concert we obtain a huge volume of satisfaction and this gratification is increasing every time.

7)Do you have any touring or show plans for the future?

We are planning to visit a huge amount of festivals in coming 2015. We have applied for a lot of concerts throughout Ukraine and we’re waiting for response from organizers. At the moment we have agreed for few concerts in Kiev.

8)On a worldwide level how has the feedback been to your music by fans of melodic, extreme metal and metalcore?

Every day appear new feedbacks. As the saying goes: Every Jack has his Jill. Mostly of feedbacks are positive, listeners enjoy the music what we make.

9)Where do you see the band heading into musically during the future?

We’ve almost accumulated all material for 2nd full-length album. Unfortunately I can't divulge any information concerning our new album according to our contract with label. But nevertheless few word I will say, our new album will become more heavy and interesting then "Anywhere Is Everywhere", we are not left without attention lovers of ballads, probably 2 ballads will be included to the album. Guitar riffs will become more interesting and difficult. We’ll do all the best in order to gladden our listeners.

10)What are some of the bands or musical styles that have had an influence on your music and also what are you listening to nowadays?

Each member of the band has his own taste of music. The album which was released at the end of 2013 had succumbed of direct impact following bands: Korn, Metallica, In Flames, The Agonist, Mudvayne, Godsmack и Disturbed.

11)What are some of your non musical interests?

Mainly we’re trying to devote all our free time for the music. Repetitions and creating new songs. So, if say honestly, our main hobby is music.

Posted by OccultBlackMetal at 8:13 PM No comments:

Labels: blackened hardcore, melodic death metal, Thanks For Your Pain 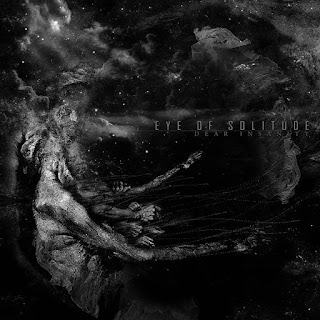 Eye  Of  Solitude  remains  true  to  the  funeral  doom  metal  sound  of  previous  recordings  and  creates  a  50  minute  track  that  is  very  dark,  heavy,  tragic,  and  melancholic  sounding,  the  production  sounds  very  professional  while  the  lyrics  cover  darkness,  depression  and  despair  themes.

Posted by OccultBlackMetal at 6:39 PM No comments: