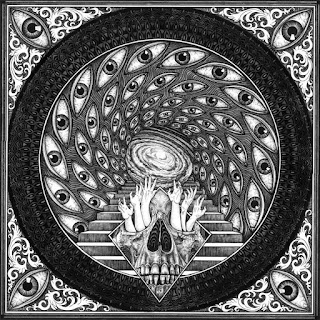 Jagged  Vision  plays  a  musical  style  that  is  mostly  rooted  in  hardcore  while  mixing  in  elements  of  djent,  stoner,  doom  and  black  metal  to  create  something  very  original,  the  production  sounds  very  professional  while  the  lyrics  cover  dark  themes.


Posted by OccultBlackMetal at 12:26 PM No comments: 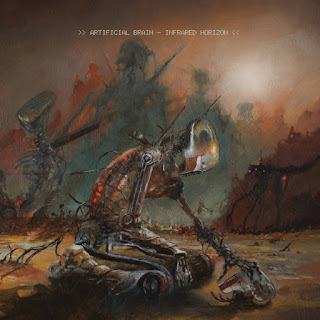 Posted by OccultBlackMetal at 1:17 PM No comments: 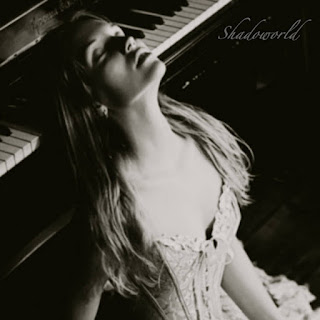 Dark  ambient  style  soundscapes  start  off  the  album  along  with  some  drones  and  field  recordings  a few  seconds  later  and  after  awhile  acoustic  guitars  and  melodic  vocals  are  added  onto  the  recording  as  well  as  giving  the  songs  a  more  neo  folk  feeling  and  2  different  vocalists  are  added  onto  the  tracks.

Synths  can  be  heard  in  certain  sections  of  the  recording  and  some  tracks  are  very  short  in  length  while  the  guitars use  both  finger  picking  and  full  chords  and  the  songs  also  bring  in  a  great  amount  of  diversity  along  with  some  western  music  and  post  apocalyptic  soundtrack  elements  and  the  synths  also  have  a  gothic  horror  atmosphere  at  times.

Shadoworld  plays  a  musical  style  that  takes  apocalyptic  soundtrack,  neo  folk  and  western  music  and  mixes  them  together  to  create  something  very  original,  the  production  sounds  very  dark  while  the  lyrics  cover  dark,  depressive,  and  hateful  themes.

Posted by OccultBlackMetal at 10:33 PM No comments: 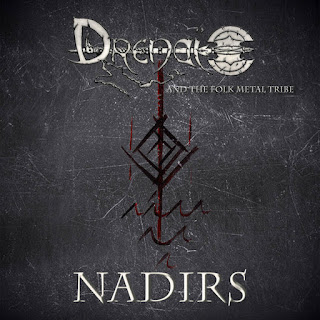 Spoken  word  parts  start  off  the  ep  along  with  some  acoustic  guitars  a  few  seconds  later  as  well  as  some  folk  instruments  that  takes  the  music  back  to  the  pre  Christian  days  of  Europe  while  also  mixing  in  tribal  style  drumming  and  melodic  pagan  style  chants  and  after  awhile  clean  singing  is  added  onto  the  recording.

Female  vocals  can  also  be  heard  quite  a  bit  throughout  the  recording  and  a great portion  of  the  tracks  are  very  long  and  epic  in  length  and  after  awhile  the music  starts  getting  more  ritualistic  along  with  some  aggressive  chants  and  you  can  also  hear  some  metal  influences  but  done  in  a  more  acoustic  fashion.

Posted by OccultBlackMetal at 9:52 PM No comments: 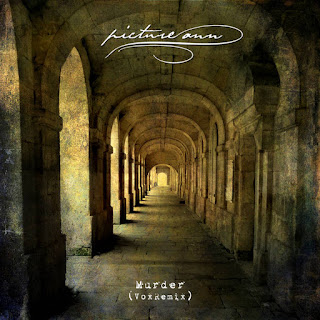 Drum  programming  and  post  rock  style  playing starts  off  the  song  along  with  some  atmospheric  synths  and  grim  whispers  a  few  seconds  later  while  electric  guitars  and  melodic  guitar  leads  can  also  be  heard  in  the  background  and a ll  of  the  musical  instruments  have  a  very  powerful  sound  to them  and  there  is  also  a  small  amount  of  melodic  singing. 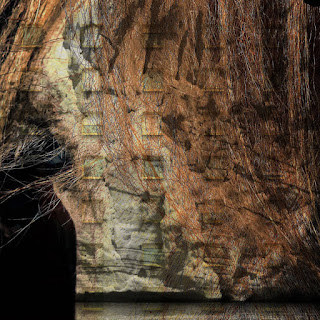 At  times  the  music  can  be  very  experimental  and  avant  garde    while  the  synths  and  keys  mix  in  a  great  amount  of  ambient  elements  along  with  a  great  majority  of  the  tracks  being  all  instrumental  and  as  the  album  progresses  traces  of  harsh  noise  can  also  be  heard  in  certain  sections  of  the  recording  and  electric  guitars  are  also  used  briefly  along  with  one  track  also  introducing  spoken  word  parts  onto  the  recording.

Gridfailure  and  Megalaphobe  creates  a  recording  that  takes  dark  ambient,  noise  and  experimental  and  mixes  them  together  to  create  something  very  original  and  the  production  sounds  very  dark  and  lo-fi  sounding. 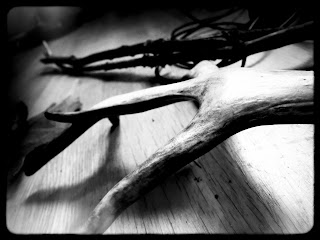 1.For those that have never heard of you before can you tell us a little bit about the band? I started in 2006 as a solo project and decided it was going to be the last project I start. I also decided that I would be working on this project for the rest of my life. Over the years it has opened up to be collective of sorts, with various members participating and being involved as much or little as they see fit.


2.How would you describe the musical sound that is presented on the recordings? Vulnerability. Exposed. Most recordings used on the releases are first takes, often recorded with a cell phone. I feel like that is the time things are most unsure and dangerous sonically. There is something truthful in it to me.

3.What are some of the themes and images you bring out with your music? Some themes revolve around the concept of extinction. Those already lost, and those losing the battle of the extinction crisis we are currently witnessing. Loss, and having nothing left to lose.

4.According to the fb page you are both politically and environmently active, can you tell us a little bit more about it? Common Eider, King Eider is in direct opposition to the Trump Administration. We are against racism, fascism, bigotry, misogyny, and xenophobia. We celebrate diversity. We celebrate and advocate for women's rights, LGBT rights, houseless people's rights, environmental protection, and indigenous rights and indigenous land struggles. We celebrate creation through destruction.

5.What is the meaning and inspiration behind the name 'Common Eider, King Eider'? I liked the image in my mind of how the words common and king were used to compare to equally beautiful birds. Neither word means anything, we are all simple and majestic, humble and powerful.

6.What are some of the best shows that you have done so far and also how would you describe your stage performance? We are incorporating much more collaborative ritual these days, and it feels really good. we are concerned with raising energy and directing that energy towards  a destination. Collaborative ritual has worked well to achieve this.

8.Can you tell us a little bit more about the quests you have had on your new album and their contributions?

9.On a worldwide level how has the feedback been to your recordings by fans of underground music? Very supportive from a wide demographic.... fans of black metal, academia, experimental... all ages and backgrounds. I have been really inspired talking with folks after gatherings.

10.Where do you see the band heading into musically during the future? Large choir pieces are on the horizon.

11.What are some of the bands or musical styles that have had an influence on your music and also what are you listening to nowadays? Arvo Part, Donald Miller, Draugurrin, Forndom

12.What are some of your non musical interests? Reading, spending time in Alaska. Trying to weed capitalism and patriarchy out of my life. Screen printing.

13.Before we wrap up this interview, do you have any final words or thoughts? Take care of each other, protect those who need help, be ready for anything..... Black ash rains down upon us.

https://commoneiderkingeider.bandcamp.com/
Posted by OccultBlackMetal at 8:55 PM No comments: 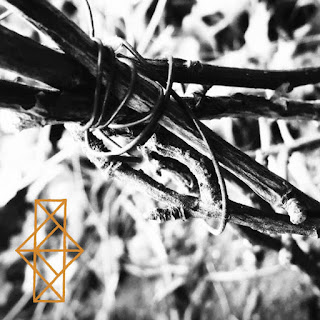 Some  of  the  tracks  are  all  instrumental  while grim  black  metal  vocals  can  be  heard  in  certain  sections  of  the  recording  and  as  the  album  progresses  the  music  starts  adding  in  a  more  experimental  and  avant  garde  touch  along  with  the  tracks  bringing  in  a  more  ritualistic  atmosphere  along  with  a  brief  use  of  melodic Gregorian  chants  and  the  last  song  was  recorded  live.

Bandcamp
Posted by OccultBlackMetal at 4:53 PM No comments: 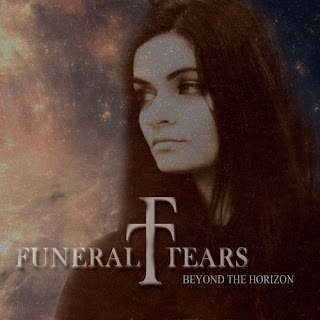 Ambient  style  synths  start  off  the  album  along  with  some  clean  playing  and  they  also  mix  in  with  the  more  heavy  and  melodic  funeral  doom  metal  style  and  after  awhile  deep  death  metal  growls  start  to  make  their  presence  known  on  the  recording  along  with  some  black  metal  screams  also  being  added  into  some  parts  of the  music.

Funeral  Tears  plays  a  style  of  funeral  doom  metal  that  is  very  atmospheric  while  also  adding  in  a  touch  of  black  and  post  metal, the  production  sounds  very  professional  while  the  lyrics  cover  darkness,  spiritual  balance  and  inner  peace  themes.

Posted by OccultBlackMetal at 3:06 PM No comments: 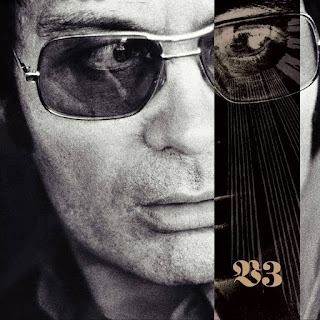 Elements  of  crust  and  grindcore  can  be  heard  during  the  faster  sections  of  the  songs  and  when  guitar  leads  are  utilized  they  bring  in  a  more  melodic  post  metal  approach  while  you  can  also  hear  a  decent  amount  of  melody  in  the  guitar  riffing  along  with  the  slower  sections  also  being  very  heavily  influenced  by  doom  metal.

On  this  recording  Viscera///  takes  experimental,  psychedelia,  crust,  grind,  black,  doom,  sludge  and  post  metal  and  mixes  them together  to  create  something  very  original,  the  production  sound s very  professional  while  the  lyrics  cover  dark  themes.

Posted by OccultBlackMetal at 7:15 PM No comments: 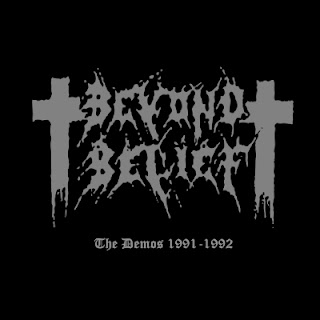 Atmospheric  sounding  synths  start  off  the  compilation  and  after  the  intro  the  music  goes  into  more  of  a  heavy  and  melodic  doom  metal  direction  and  the  solos  and  leads  also  use  a  great  amount  of  dark  and  depressive  sounding  melodies and  after  awhile  deep  death  metal  growls  start  to  make  their  presence  known. 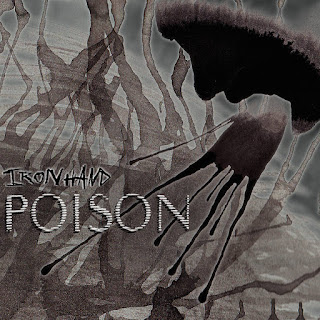 Electronic  sounds  and  robotic  voices  start  off  the  album  and  after  the  intro  synths  are  added  onto  the  recording  along  with  vocals  that  mix  industrial  and  black  metal  together  while  the  music  is  a  more  electronic  orientated  style  of  the  previous  genre  mentioned  and  a  good  portion  of  the  tracks a re  very  long  and epic  in  length.

Ironhand  plays  a  music  style  that  takes  aggrotech,  ebm  and  industrial  and  mixes  it  in  with  elements  of  black  and  atmospheric  metal  to  create  a  sound  of  his  own,  the  production  sounds  very  professional  while  the  lyrics  cover  serial  killing,  torture,  H.P  Lovecraft,  Satanism,  terminal  illness  and  the  end  times.

https://ironhandnj.bandcamp.com/album/poison
Posted by OccultBlackMetal at 7:56 PM No comments: