I started Sermo III back in 2008/2009, while still in Disiplin and Werwolf Ensemble, as an outlet for music that didn't fit into either of those bands. I recorded "Order of Dagon", the first album) in the winter of 08/09, but didn't release it. A friend of mine suggested I make music for studying Lovecraft to, so in 2010 I recorded an album called "Easy Listening for Great Old Ones", released in handmade covers, limited to 11 copies. Part two of that series was released in 2011, limited to 20 copies. These records were all firmly rooted in dark ambient. 2011 also saw the relase of "Tetranagrammaton (A Triptych of Emotion)", which departed a fair bit from the ambient sound, moving more into experimental territory. And now, we have "Sex Yeast", which is vastly different from that again.

I have, in part jest, called it doom pop. It's gritty industrial/ambient music with hints of pop music.

"Sex Yeast" is the first album that actually contains any vocals at all (my cat did vocals on a track on "Easy Listening for Great Old Ones Part 1", but she doesn't know any words). I started out creating Sex Yeast as a celebration of Weird™, but I had a rather rough autumn, so the lyrics explores depression, heartbreak, insanity, paranoia and fear.

4. What is the meaning and inspiration behind the projects name?

I stole Sermo III from C. G. Jung's Seven Sermons to the Dead. Sermo II is where Jung starts to talk about Abraxas.

Cult .45 is just a cool sounding name, and is where all will be listed as members.

5. Has the band done any live shows or is this strictly a studio project?

I have played live once, at Støy På Landet, in July 2012. I created the music especially for the gig. It ended up as a quite weird Power Electronics thing called "Nyarlathotep is Why Mommy Drinks!"

6. Currently the project is solo, have you thought about working with other musicians or do you choose to remain solo?

I will probably remain a solo act, with multiple guests.

Sex yeast saw three different singers in addition to myself, which was fun.

7. Currently you are unsigned, are you looking for a label and if so what kind of label do you feel that would be a perfect fit for your music?

I'm not actively looking for a label, as I want complete and utter control of my music and everything around it.

8. Are there any other musical projects besides this one?

There's currently only one project, Earl Grey Ho Day (facebook.com/earlgreyhoday), which is filthy chap hop featuring myself and Rory (who also sang on the tracks "A Broken Smile" and "Shards" on "Sex Yeast")

To be honest, I have no idea. I have a few ideas running wild in my head, but nothing is written in stone. For all I know, it'l end up as an acoustic ukulele album.

Lustmord, NON, K100, Ah-Cama-Sotz and Akira Yamaoka (Silent Hill soundtrack composer) are the most direct influences on my music.

However, my favourite band is Iron Maiden, next to Amanda Palmer, who in many many ways have influenced me more than any other artists the last decade. Nowadays I listen to mostly Ordo Rosarius Equilibrio, Bruce Dickinson, TWZ, pre-Roots era Sepultura, Shining (SE), Allan Edwall and Amanda Palmer/Dresden Dolls.

11. Does Occultism play any role in your music?

Indirectly, perhaps. I have had an avid interest in occultism for many, many years, and I have subconsciously borrowed a lot of symbolism from various groups and traditions throughout the years.

12.Outside of music what are some of your interests?

I am a compulsive reader, and I try to write (usually failing spectacularly at producing anything). I'm also a photographer, and I work for a concert venue near me as a photographer and social media marketer. Also Tiki Drinks!

13. Any final words or thoughts before we wrap up this interview?

Thanks for the interview, it's been fun!

Watch out for live gigs in 2013, and most importantly:

Posted by OccultBlackMetal at 5:24 PM No comments: 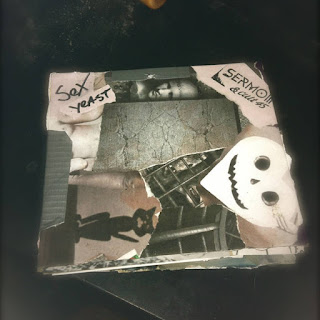 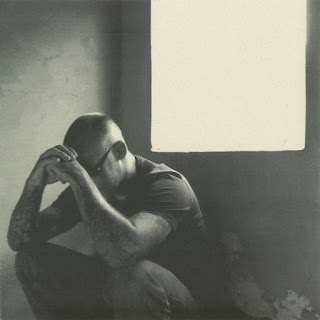 Synths  bring  a  very  dark/ambient  drone  sound  to  the  music  mixed  in  with  some  Tibetan  mediative  sounds  that  gives  the  music  an  esoteric  feeling  as  well  as  a  brief  use  of  heavy  distortion  which  adds  in  some  noise  and  industrial  influences  and  they  are  the  only  musical  instrument  that  are  present  on  this  recording.

https://novisiblescars.bandcamp.com/album/the-hopelessness-of-logic
Posted by OccultBlackMetal at 6:13 PM No comments: 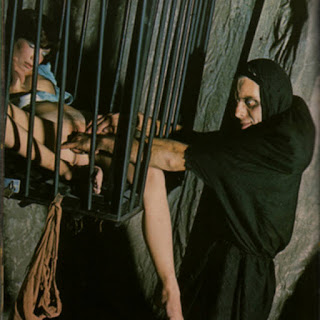 Synths  and  keyboards  bring  an  occult  ritualistic  dark  ambient  sound  to  the  music  with  a  touch  of  psychedelia,  while  the  noise  effects  bring  to  death  industrial  sounds  to  the   music  adding  in  a  measure  of  brutality.

https://novisiblescars.bandcamp.com/album/lick-you-sweety
Posted by OccultBlackMetal at 4:25 PM No comments: 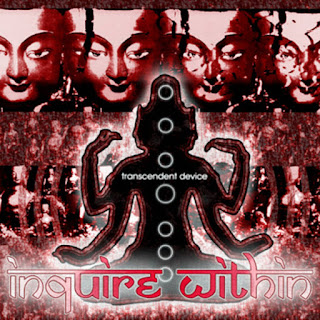 Posted by OccultBlackMetal at 12:57 PM No comments: 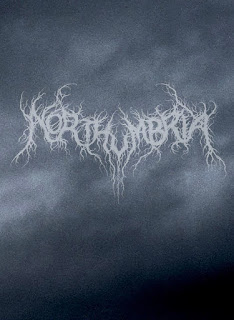 1. Can you tell us a little bit about the band for those that have never heard of you before?

D: Northumbria was formed after our last band, Holoscene amicably went on permanent hiatus. I wanted to explore music in a more raw and improvisatory way, and record everything live off the floor to try an capture that golden moment when all the forces come together and the musician just acts as a conduit for higher energies.

D: There are a lot of different elements from our musical past that help to form the sound of Northumbria. I really think of it as ambient music, but ambient in a much more sonic way than a lot bands doing similar things. It has the volume and mass of Power Electronics, but also the texture and subtleties of more traditional ambient. Plus its almost exclusively guitar and bass driven, and recorded at a very high volume.

D: Northumbria is so far instrumental.

D: I recently moved out of Toronto to Northumberland County, and the peace and solitude of the landscape realy inspired me to create something that in a way is my own personal reflection on this stage of my life. Northumbria just seemed like a subtle but appropriate reference.

5. What are some of the best shows that the band has played so far and how would you describe your stage performance?

D: We've only played three times live. We debuted this last summer in Montreal as part of the Suoni Per Il Popolo festival with thisquietarmy, SVR, Theologian and AUN. The best show so far was hands down last Saturdays at the Acheron in Brooklyn again with Theologian, Requiem, Sewer Goddess and Menace Ruine. The whole vibe of the show was just Awesome. Leech, who organized the show also runs a label called Annihilvs Power Electronics. Live on stage we start with the main theme of each piece and just let it flow off in whatever direction feels natural, and try not to stand in the way of the birthing process.

6. Can you tell us a little bit more about this tour that you are currently on?

D: It wasn't really a tour, we played in Boston as part of an event organized by Egan Budd of Xyphoid Dementia who runs an event series and label called Existence Establishment and the show organized by Leech at the Acheron in Brooklyn.

7. The new album came out on TQL Records, how did you get in contact with this label and how would you describe the support that they have given you so far?

D: Eric from TQA records was the first person I contacted to have a listen when were half done the recording process, and he was into putting it out right from the get go. His support and creativity at the beginning until now has been crucial in opening up a lot of ears and minds to our music.

8. On a worldwide level how has the feedback been to your music by fans of ambient,  drone, and doom?

D: So far the response has been really positive, a lot of people from really varied areas seem to be digging what we're up to, which has really helped us a lot in terms of motivation. I think people pick up on the honesty and sheer size of the sound, so regardless of what the usually listen to it resonates with them. We had no preconceived notions about what we wanted the band to sound like, other than the fact that it would very sonic and recorded live with no overdubs.

9. Are there any other musical projects besides this band or is this a full time line up?

D: I have a project with Aidan Baker of Nadja called Adoran, that is just drums and bass. Our second recording is coming out this spring on ConSouling Sounds. It's total apocalyptic trance. Adoran is more of a studio project because Aidan lives in Berlin.

10. What direction do you see your music heading into on future releases?

D: Not really sure about that because I feel the minute you lay a bunch of ideas onto something like this ahead of time, it colours the purity of the outcome. I think a bit part of making something genuine is knowing when not to stand in the way and be too conscious of what, where or why it is what it is.

11. What are some bands or musical styles that have influenced your music and also what are you listening to nowadays?

12. Does Occultism play any role in your music?

D: Absolutely, I feel like this music has it very basis in Occultism. It's definitely just a channel for energies far more powerful than any one or two humans. It's also in a way a type of mediataion bordering on deep trance.

13. Outside of music what are some of your interests?

D: For me my other passion is film. I've always been really into experimental films like Cronenberg, David Lynch, Peter Greenaway. I'm also very interested in melding visual art with what I do with music. We're been working on a stop motion/timelapse film for our song Black Sea of Trees that is gonna be far beyond sick. Marc Forand has been the driving conceptual and technical force behind this project. Like Eric from TQA, his support has been superhuman considering eveything we do is on a microbudget.

14. Any final words or thoughts before we wrap up this interview?

D: I'd really just like to thank the people that have been such a huge help in getting this band off the ground. Kelly McClure and Vice Magazine, Craig Hayes, Lee M. Bartow, Eric Quach.

Posted by OccultBlackMetal at 11:09 PM No comments: