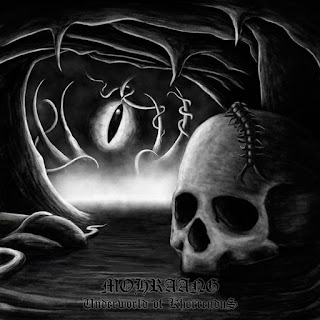 Mohraang  plays  a  style  of  funeral  doom/death  metal  that  is  very  slow,  dark,  heavy  and  atmospheric  sounding,  the  production  sounds  very  powerful  for being  a  self  released  recording  while  the  lyrics  cover  dark  themes. 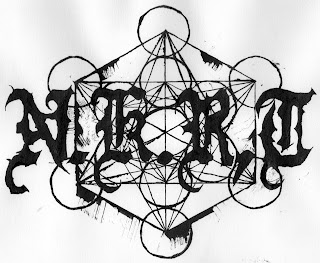 I have just finished recording the new album which will be called "Lectio Tenebrarum". Once again and as Niger Ritus or Miserere Nostri - Mhönos first album, the disc was recorded, mixed and mastered in the Sancta Crucis chapel. The designers Førtifem are currently working on the artwork of this new album.

Lately, I have repeated to prepare the concerts that will follow these recording sessions and worked on the sounds of the new instruments that I've crafted.


2.How would you describe the musical sound of the newer material?


First, as Niger Ritus, the new album Lectio Tenebrarum was fully live recorded and I've played - as I wrote just above – once again in Sancta Crucis chapel. I worked alone from beginning to end.

This album is a continuation of Niger Ritus. I changed some of the instruments employed on the previous by introducing some newly manufactured and removing others that were not appropriate to accompany the new lyrics. Overall, I removed almost all purchased instruments to replace them by the instruments I've crafted.

I worked a lot my vocals since the recording of Niger Ritus and I used various vocal techniques, some of which are new to N.K.R.T. In some ways, I reconnected with few vocal sounds of early Mhönos.

Lectio Tenebrarum is a triptych builded around three separate texts and is spread over three tracks from different recording sessions - unlike Niger Ritus which had been recorded once. Because I had more time to do it, I allowed myself to record the album several and several times to select the best shots.

Lectio Tenebrarum will be out for Winter Solstice on Nomos Dei productions, 12/21/2016.


3.What are some of the forms of Occultism you bring out in your music?

The music – trougth the texts - rather deals with emptiness of existence of the infinite struggle of our ego which tries in vain to combat the void, surviving through the complaint, the quest for visibility and handling of its reflection in other humans beings considered as mirors.

N.K.R.T doctrine can be summarized in this formula : IN SPECULUM VERITAS.


4.What is the meaning and inspiration behind the name 'N.K.R.T'?


5.What are some of the best shows that you have done so far and also how would you describe your stage performance?

Luckily, I enjoy every concert even more than the last.

Music is indeed built around a highly ritualistic and ceremonial framing. Its purpose is clearly to be played on stage. I play alone, without lights, droned in deep incenses smokes.

Because I want to be totaly anonymous when I play, I hide my face under a large black hood and I play in the dark, lighted only by a few candles. It is important to me not to be recognized before or after the concerts because I do not want to play in order to be congratulated or well watched. Music must be the primary and essential thing and the individuality who plays should always disappear behind. Music has too much served my ego by the past, I wanted totally eradicate it through N.K.R.T.


6.Do you have any touring or show plans for the future?

I have no interest in touring, I prefer ponctuals and particulars concerts which have more interest for N.K.R.T.

In the next months, I will play in my town, Rouen, but also in Britany, north of France, Germany and festivals.


7.So far you have worked with Tour de garde Productions and Nomos Dei productions, are you happy with the support that they have given you so far?

Tour de Garde and Nomos Dei are true, honest, aesthetically faultless. Men who are behind are passionate but also very important actors of the dark sides of actual musics.

Their support is very important. They allowed the existence of N.K.R.T.


8.Recently you have done a collaboration with 'Clairiere', can you tell us a little bit more about it?

Clairière is a musical project led by a very talented musician who lives in my dear and beloved Rothomagus. After mutually discovered in concert, we were surprised by the many similarities of our projects and our way of thinking the music.

We decided to create something to celebrate the summer solstice and we have immortalized this performance on a self-produced cassette limited to 40 copies.

My recent experiences in bands were disasters, I had to leave some, I was fired of some others... I decided to only play alone now but Clairière came and gave me the desire to share – sometimes - the practice of music with other human beings.


9.On a worldwide level how has the feedback been to your recordings by fans of dark and underground music?

Some person outside of France listen to my music because the labels I work with are Canadian and Russian. Foreign listeners began writing chronicles of Niger Ritus and I will give my first concert outside of France at the end of 2016.

I hope no success but I want to do more concerts in foreign countries, I'm satisfied by the way of things actually happend.


10.Where do you see yourself heading into as a musician in the future?

I see myself hidden under my hood during concerts and locked in my chapel during the recordings. All that is happening now satisfied me.


11.What are some of the bands or musical styles that have had an influence on your music and also what are you listening to nowadays?

I was marked by a concert by Attila Csihar with his solo project Void Ov Voices and two concerts done by Tibetan monks from Gyuto school which I attended. I listen to a lot of music with throat singings from Asia and Inuit areas, proto-christians and orthodox liturgies. Burzum, The Cure, Abruptum, Striborg and Xasthur are also great influences.

I was also very influenced by a band of my city that I consider as one of the most brilliant : ROSA CRUX. My city is a city both very very Gothic and industrial also has considerable influence on my way of seeing things.


12.Before we wrap up this interview, do you have any final words or thoughts?

I just want to thank you for this interview and for your interest on N.K.R.T.

https://www.facebook.com/nkrtnkrt/
Posted by OccultBlackMetal at 8:08 PM No comments: 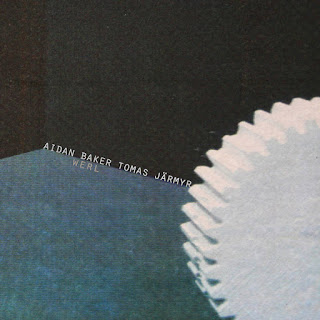 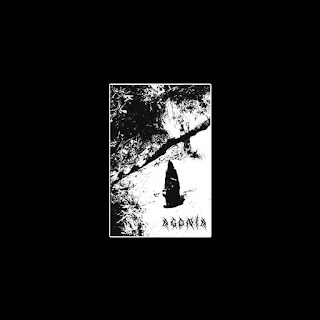 This  is  another  review  of  a  recording  from  Portugal's  Agonia  which  is  also  in  the  cataclismic  doom  metal  direction  with  the  cassette  being  called  "O Desvanecer"  which  was  released  by  War  Productions.

A  very  dark  guitar  amp  sound  starts  off  the  cassette  which  also  leads  up  to  a  heavier  doom  metal  direction  that  also  introduces  grim  black  metal  screams  onto  the  recording  and  melodic  leads  are  also  utilized  at  times  and  the  music  also  brings  in  experimental  and  avant  garde  elements  into  some  parts  of  their  songs.

Agonia  creates  another  recording  that  is  very  slow,  dark  and  heavy  in  the  doom  metal  style  and  they  also bring  in  touches  of  black  metal  and  experimental  music,  the  production  sounds  very  dark  while  the  lyrics  are  also  in  a  darker  direction. 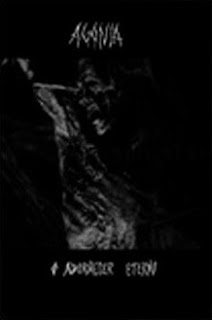 An  atmospheric  drone  style  intro  starts  off  the  cassette  along  with  some  avant  garde  elements  being  utilized  and  after  the intro  the  music  goes  into  more  of  a  heavier  doom  metal  direction  which  also  utilizes  melodies  at  times  while  the  vocals  are  grim  screams  that  also  gives  the  music  a  touch  of  black  metal.

Agonia  plays  a  form  of  doom  metal  that  is  very  dark  and  heavy  sounding  while  also  having  its  experimental  and  avant  garde  moments  as  well  as  having  a  slight  black  metal  influences  that  amkes  the songs  sound  different  and  the  production  sounds  very  fark. 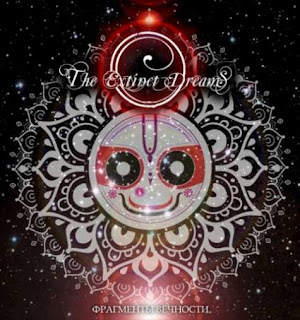 Atmospheric  sounding  synths  start  off  the  album  along  with  some  clean  guitars  which  they  also  mix  in  with  the  funeral  doom  metal  sound  and  you  can  also  hear  a  great  amount  of  melodic  riffing  and  after  awhile  death  metal  growls  make  their  presence  known  on  the  recording  and  the  solos  and  leads  also  use  a  great  amount  of  depressing  melodies.

The  Extinct  Dreams  plays  a  style  of  funeral  doom/death  metal  that  is  very  melodic  and  atmospheric  sounding,  the  production  sounds  very  professional  while  the  lyrics  cover  dark  and  philosophical  themes.

Band's Facebook
Posted by OccultBlackMetal at 2:43 PM No comments: 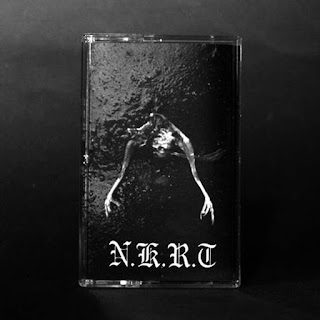 Field  recordings  start  off  the  demo  along  with  some  Mongolian  and  Tibetan  style  chanting  in  the  background  which  also  gives  the  music  more  of  a  shamanistic,  ritualistic  and  occult  atmosphere  and  both  of  the  tracks  are  also  very  long  and  epic  in  length  and  after  awhile  bells  and  cymbals  are  added  onto  the  recording.

N.K.R.T  plays  a  musical  style  that  takes  black  metal,  ambient,  drone  and  mixes it  with  ethnic,  shamanistic,  ritualistic  and  experimental  music  to  create  something  very  original,  the  production  sounds  very  dark  and  raw  while  the  lyrics  cover  Occultism themes. 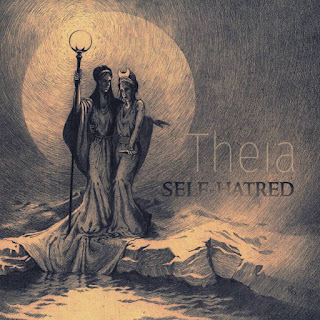 Self-Hatred  plays  a  style  of  funeral  doom  metal  that  is  very heavy,  melodic  and  atmospheric  while also  mixing  in  a  touch  of  black  metal  at  times,  the  production  sounds  very  professional  while  the  lyrics  cover  dark  and  depressive  themes.

Self-Hatred Official Bandcamp
Posted by OccultBlackMetal at 4:44 PM No comments: