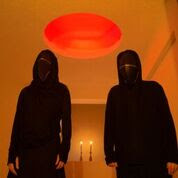 1.Can you give us an update on what has been going on with the band since the recording of the new album?

After every recording is done and off our hands for pressing and releasing we usually start planning our next steps immediately while curiously waiting on the feedback. In this case we have already many things in mind on what will be the new direction, gathering fragments and thoughts from previous recordings that serve as small under-lit points on a mostly blank canvas and could possibly show us the way. We definitely look forward to some intense rehearsing for the months to come.

2.You have a new album coming out in September, musically how does it differ from the stuff you have released in the past?

The whole ΜΜΜΔ project has been a slow process of incorporating so called popular and generic musical elements to our so called experimental musical universe. Starting from pure textural experimental drones back in 2009 - 2010 mainly based on intermodulations between super low and mid frequencies we have taken small steps on every album adding traces of melody and rythme and later on human voice and wider instrumentation. On the same time we worked hard on the structure of the music and little by little we ended up in our latest release, EGOISMO which is an album of songs at least in our point of view.

3.What are some of the lyrical topics and subjects you have explored over the years with your music

Lyrical topics and subjects have always to do with very wide and open concepts. We don’t really explore those concepts in detail, on the contrary we try to reflect upon them. We would be happy if just the titles of our albums would reveal everything at once while on the same time leave the field open for the listener to wander around.‘Roto Vildblomma’, our first release which could be translated as ‘Broken Wildflower’ touches upon the subjects of ‘malfunction for example. ‘Spiriti” our second release was an exploration of the ‘elusive’. However there has been more tangible moments such as the ‘34°Ν - 42°Ν & 19°Ε - 29°Ε Trilogy’ which was an exploration of the folk sounds included in the area of those coordinate. Our latest ‘EGOISMO’ touches upon topics such as Egotism, Arrogance, Hypocrisy, Separation and the Bitter truth all separate elements that supplement each other and could possibly spiral negativity inside the human psyche.

4.What is the meaning and inspiration behind the name 'Mohammad’?

When looking for a name we aimed for something as much inclusive as possible and at the same time as much trivial as possible. Mohammad is the most common name on earth but still has many connotations. It was an obvious choice.

As the rest of ΜΜΜΔ’s artworks, Egoismo’s is also made in-house. Image does not come first in our artistic universe, usually it serves to depict a concept along some defined lines. In this case, the mask/ face was a natural fit for the concepts Egoismo explores.

6.Currently there are only 2 members in the band, are you open to expanding your line up or do you prefer to remain a duo?

The ΜΜΜΔ core is definitely the 2 members. The reason for this is can be seen as mainly geographical,- as we need to be in the same place in order to get all the work done- however it mostly has to do with working culture and artistic needs. We have found the right pace in this formation,  in terms of instrumentation however we are very much open to collaborations.

7.Can you tell us a little bit more about the masks and cloaks you use in your stage performance and pictures?

This is part of the imagery but cannot be necessarily tagged as “the image” . It has been a natural process that accompanies our undefined musical message. We can understand that this is something that probably gives room for a question in an interview, but there is not much to talk about.

8.What are some of the best shows that the band has played over the years and also how would you describe your stage performance?

Performing live is where one can hear and most importantly feel the essence of our music. As we extensively use low frequencies the physical aspect of the sound becomes an integral part of the music. It is an experience that no home sound system can recreate thus far (unless someone is willing to spend a fortune on sound equipment and possibly police fines). Having said that it is also true that every venue reacts differently depending on the building or the sound system itself. It can be a real battle or pure bliss and this is part of the game. We do remember some quite remarkable shows such as the A l’ arme festival in Berlin or earlier this year in our home town at the Temple in down town Athens where a screening of Hagazussa was also included in the program. And many more…

Our stage performance is a kind of ritual where -given architectural and space/ sound conditions-  delivers high amount of energy through a bare structure and minimal movements. Air pressure and room temperature varies a lot before/after the show.

9.Do you have any touring or show plans once the new album is released?

We will be appearing at L’Homme Sauvage at the Pyrenees in the south of France and there are more shows in the pipeline  after that one (Russia, Germany), that will be announced in due time.

10.The new album is coming out on 'Antifrost Records', can you tell us a little bit more about this label?

As many other labels, it started in the 90s as a vehicle to release personal music, then it opened to more artists (More than 50 artists have seen their work released so far from extreme silence to extreme noise, east from Japan west to Argentina, and up from Norway down to Australia) until Mohammad were born. The new baby became so big that is currently draining all the label’s resources and actually dictates the release program. Even when ΜΜΜΔ are not tied with a contract to Antifrost and are open to dock to other ports, it is definitely the easiest thing for an artist to be able to release things the way they want it and when they want it.

11.On a worldwide level how has the reaction been to your recordings by fans of underground music?

We have been getting quite a lot of feedback over the last ten years of our existence from both live performances and our recorded material. Different people react in different ways to our music and many times it is difficult for them to describe our sound (and we are really happy with that). Some memorable “keywords” on the other hand that have stuck in our minds would be words like “Extremely Dark”, “Harrowing” and “Monolithic” or “Religious” and “Born in Heaven” but also “Sonic rape” and“Electrocution”. They are all welcome and all part of our constant struggle to built a core of listeners interested on our peculiar sonic world.

Difficult to say. We will certainly keep exploring sounds and structures, ideally new elements will keep emerging and hopefully the project will never reach its end. It is difficult to envision what these sounds, structures and elements will be.  Looking at it from a timeline perspective, we had to climb a high mountain in order to match the awe of raw sound that has psycho-acoustic effects together with the more structured and classic perception of music. After that, we just have to sit on top of this mountain and see how many more peaks we see in the horizon that need to be challenged, then climb them.

Both members have been individually immersed  in a comfortable duality of experimental and popular music since a young age and have been seeking the extremes on both fields ever since. For the experimental part works from composers like Xenakis, Jani Christou and Edgar Varese have been an important influence. Other beloved extremities include quite a lot of Noise and many many sounds from the fringes of Industrial, Electronic and Metal. And on the other hand a lot of non western pop music, songs from the middle and far east and other continents both older and contemporary. Lastly, we have grown up listening to folk and pop music from the greater area of the Balkans and this has been an inevitable influence.

14.Does Occultism play any role in your music?

Probably not. It’s true that we take great care of the visual part of ΜΜΜΔ which includes artwork and the live stage in order to emphasise the ceremonial aspect of the music but it has more to do with the pure celebration of sound and the emotions that it hopefully conveys. We strongly believe in music being an unparalleled mean of communication,  a communion on a high spiritual level. Would this be considered occult? We have no idea.

15.What are some of your non musical interests?

Α lot of film viewing. And also traveling but this is somehow related to music again. Luckily it is very difficult to escape music!

16.Before we wrap up this interview, do you have any final words or thoughts?

We will share what will probably be our last words on our deathbeds: Please do not under any circumstances listen to our music on your laptop or your phone speakers, you are killing it.

https://www.facebook.com/MMMDmohammad/?ref=page_internal
Posted by OccultBlackMetal at 11:10 AM No comments: 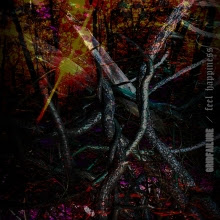 Guitar  noises  are  also  brought  into  the  music  briefly  along  with  all  of  the  tracks  being  instrumentals.  At  times  the  music  also  captures  the  atmosphere  of  a  horror  movie  soundtrack  as  well  as  all  of  the  songs  sounding  very  different  from  each  other,  influences  of  dark  hardcore  can  also  be  heard  at  times  and  the  production  also  sounds  very  dark. 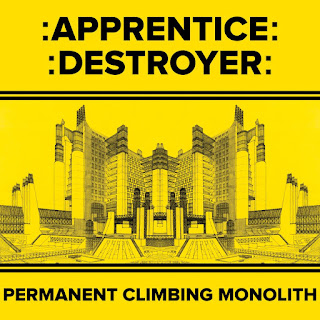 Apprentice  Destroyer  plays  a  musical  style  that  takes  experimental,  synth  prog,  krautrock  and  noise  rock  and  mixes  them  together  to  create  a  sound  of  their  own.  The  production  sounds  very  dark  while  the  lyrics  cover  dark  themes.

Posted by OccultBlackMetal at 11:23 PM No comments: 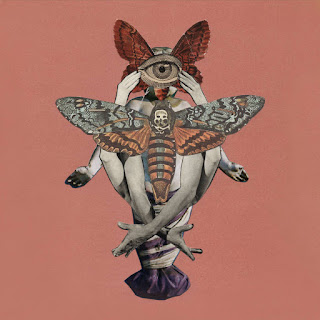 At  times  the  music  also  gets  very  repetitive  sounding  keeping  the  same  2  parts  going  on  for  most  of  the  recording  which  also leaves  for  little  room  for  variation  as  well  as  making  the  music  sound  more  primitive and  minimal  sounding.

ojeRum  plays  a  musical  style  that  mixes  dark  ambient  and  drone  together  to  create  a  sound  of  his own  as  well  as  keeping  everything  instrumental  and  the  production  sounds  very dark. 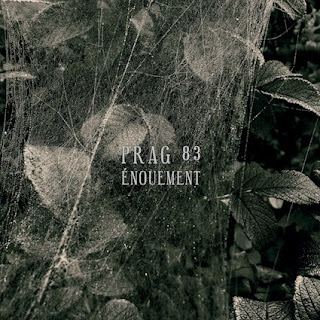 Pang  83  plays  a  style  of  dark  alternative  music  that  is  very  lonely  and  minimalist  sounding.  The  production  sounds  very  dark  while  the  lyrics  cover  melancholic  themes.