A few things coming together now, one a studio recorded album for Butoh dance and the other a curated annual event called Dismal Fest. Having worked with Butoh dance in the past has led to a current project with dancer Vanessa Skantze that incorporates several local sound artists. I will be doing final editing and mastering as well as some instrumental addition on a few sections of the final album. Don’t actually know all the details but it revolves around a complex vision that only Vanessa could conjure that includes a printed booklet and an international dance tour with the album for sale at the performance. Am just now starting to get recordings from the last several months, so much to do. Next January 15 is “Dismal Fest 4” a gathering to celebrate the most depressing week of the year with a bleak and sad musical experience. It will be cold, rainy, midweek and the acts bring each a different glorious pessimism. Lots of local experimental sounds promising a night of sardonic bliss. As the organizer of Dismal Fest I’m grateful to bring its fourth year, each one has been a wonderful experience and all around good times.

Every noisepoetnobody album has a combination of limitations that form its boundary, its place and time in improvisation. This album’s (Concrete Vitalist) big change is reliance on field recording, mostly with a contact mic. Collected from environments in urban locations, state parks, various pedestrian structures, public art, monuments and large found objects. These field recordings are then later layered with other synth sounds and edits of more field recording. Some of the strangest reverb sounds on the album are coming from actual acoustic places. Also, it wasn’t recorded in a studio; it’s assembled out of parts of things collected over about a year’s time. Lots of walking finding objects to mic and record. Walking and looking at the world as one big potential to become the next contact mic instrument. Never thought about how many miles walking was required to make an album before, this one took a lot.

3.In the last couple of years you have also released a great amount of material, do you spend a lot of time writing and creating music?

I’m always working on several projects at a time each one complete at its own pace. Many can be recorded in one day, improvisation with intense focused season between players then edited for production. Some combinations do best live and utilize recordings from performing, accepting the mix limitations. Not all of it works its way to an album - about 80% is cut out somehow or just hasn’t found a context yet. Constant process, always learning how to make it work with a limited budget.

4.On the new album all of the music was instrumental, are you open to using any vocals on future releases?

Definitely open to the idea of working with vocalists. Have a few that I collaborate with sometimes, but I don’t write lyrics or intend to add any poetry to noisepoetnobody albums any time soon. Although it has happened once or twice in the past where l included some of my own voice in recordings. Not looking to make a point or telling a narrative with verbal presentation.

5.What is the meaning and inspiration behind the name 'Noisepoetnobody'?

Wish I had a better answer for this but it was something I used to scribble onto cassette tapes in the early 90’s of demo tracks, random super lo-fi ideals not meant for anyone but me. Don’t remember it having a meaning of any kind. At some point it becomes a title for things I’m working on that don’t have another band name attached to it already. The mixed reactions to the name made me want to keep it.

The album cover art is from a photo taken at a recording site. As every recorded location was documented with a few quick photos this one image keeps coming back to me.

7.With this project you record everything by yourself, are you open to working with other musicians or do you prefer to work solo?

Like to do what I can with solo recordings and performance as opportunity permits. Working alone allows my efforts to formulate on my own schedule. That’s good for someone with insomnia like me. However, noisepoetnobody albums often have collaborators with many diverse talents and music backgrounds. It’s just a matter of what album you are listening to. I also play synth in the duo Dosenöffner with Peter Keller who is a Seattle goth industrial DJ and noise proponent with too many monikers to list. Should also mention that I am responsible for the band Driftwood Orchestra. A revolving set of players from four to seven improvise on home built instruments made of collected driftwood. Waiting for the perfect excuse to display bent wooden relentless texture flow.

8.What are some of the best shows that you have played over the years and also how would you describe your stage performance?

My favorite performances are working with other musicians and dancers, me standing back or to the stage side. I just concentrate on what needs to happen in the improvised moment.

9.Do you have any touring or show plans for the future?

More of an opportunist than a planner at this point. More focused on recording and collecting audio.

10.On a worldwide level how has the reaction been to your music by fans of experimental, noise and drone?

11.Where do you see yourself heading into as a musician during the future?

Not looking to predict the future.

Can’t start to answer this question, too much music - don’t have the time to start making a massive list!

13.What are some of your non musical interests?

Can’t afford to have other interests. 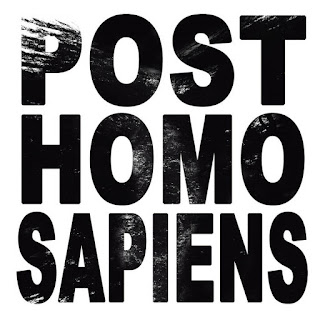 Home  made  instruments  also  take  the  place  of  a  percussion  along  with  some harsh  noises  and  power  electronics  also  being  utilized  quite  a  bit  throughout  the  recording.  Throat  voices  are  also  utilized  at  times  as  well  as  one  track  also  introducing  programmed  beats  onto  the  recording  and  all  of  the tracks  also sound  very  different  from  each  other,  some  songs  also  bring  in  a  good  amount  of  field  recordings,  pianos  and  whispered  spoken  word  parts  can  also  be  heard  briefly.

Dave  Phillips  plays  a  musical  style  that  takes  experimental,  drone,  field  recordings  and  harsh  noise  and  mixes  them  together  to  create  a  sound  of  his  own  and  the  production  sounds  very  dark.

Posted by OccultBlackMetal at 12:17 AM No comments: 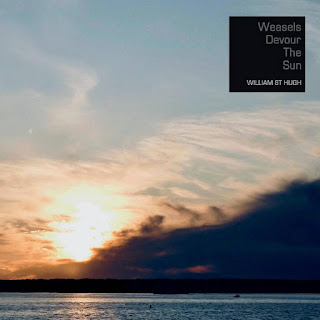 Ambient  style  synths  and  atmospheric sounding  drones  start  off  the  album   while  the  music  also  brings  in  elements  of  neo-classical.  Most  of  the  tracks  are  also  instrumental  as  well  as  the  songs  also  getting  very  experimental  and  avant  garde  sounding  at  times  and  the  music  also  shows  an  influence  of  earlier  experimental  and  ambient  artists.

On  this  recording  William  St.  Hugh  takes  experimental,  ambient,  drone  and  neo-classical  and  mixes  them  together  to  create  something  different  while  being  more  calmer  than  the  previous  release  while  also  keeping  everything  instrumental  and  the  production  sounds  very  dark.

https://williamsthugh.bandcamp.com/.
Posted by OccultBlackMetal at 1:03 AM No comments: 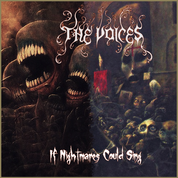 Operatic  vocals  start  off  the album  along  with  some  grim  spoken  word  parts  also  being  used  at  times  while  demonic  death  metal  growls  are  also  added  into  some  parts  of  the  recording,  militant  beats  can  also  be  heard  in  the  background  briefly  as  well  as  some  normal  sounding  spoken  word  parts  also  being  added  in  some  parts  of  the  recording.

Throat  singing  can  also  be  heard  briefly  and  they  give  the  music  more  of  a  shamanistic  feeling  while  the  songs  also  have  their  experimental  and  avant  garde  moments.  All  of  the  tracks  also  sound  very  different  from  each  other  along  with  a  great  amount  of  A  Capella  style  vocals  being  utilized

Grim  black  metal  screams  are  also  added  into  certain  sections  of  the  recording  along  with  the  songs  also  mixing  in  elements  of  ambient,  ethnic,  dark  rock,  industrial,  dance,  space,  jazz  and  classical  music  and  vocals  are  also  the  main  instrument  on  the  recording.  The  production  sounds  very  dark  while  the  lyrics  cover  nightmare  themes.

Posted by OccultBlackMetal at 1:51 AM No comments: 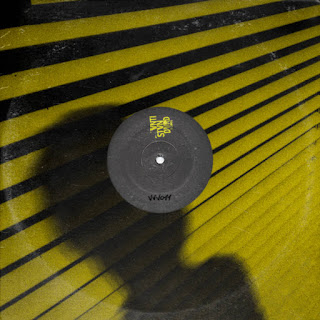 Dark  soundsccpaes  and  horror  movie  style  synths  start  off  the  album  while  all  of  the tracks  are  also very  long  and  epic  in  length.  Atmospheric  sounding  drones  are  also  utilized  quite  a  bit  throughout  the  recording  as  well  as  the  music  also  getting  very  experimental  and  avant  garde  sounding  at  times.

Horror  Italiani  plays  a  musical  style  that  takes  experimental,  drone,  noise  and  Italian  horror  soundtrack  music  and  mixes  them  together  to  create  a  sound  of  their  own  while  also  keeping  everything  instrumental  and  the  production  sounds  very  dark.

Posted by OccultBlackMetal at 12:29 AM No comments: 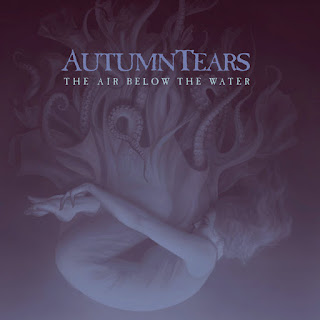 Orchestras  are  also  utilized  quite  a  bit  throughout  the  album  while  also  giving  the  music  more  of  a  symphonic  feeling.  When  snare  drums  and  percussion  are  utilized  they  bring  in  more  of  an  epic  atmosphere  along  with  all  of  the  tracks  sounding  very  different  from  each  other  as  well  as  adding  in some  goth  and  ethereal  touches.

Trumpets,  French  horns,  flutes,  clarinets  and  trombones  are  also  added  on  some  of  the  tracks  along  with  some  male  vocals  also  being  utilized  at  times.  Some  of  the  songs  are  also  long  and  epic  in  length  along  with  one  track  also  introducing  nature  orientated  field  recordings  onto  the  album,  as  the  album  progresses  a  brief  use  of  whispered  vocals  can  also  be  heard  and  the  recording  also  adds in  a  good  amount  of  world  music  influences.  The  production  sounds  very  dark  while  the  lyrics  cover  darkness,  esoteric  and  mythological  themes.

Posted by OccultBlackMetal at 12:16 AM No comments: 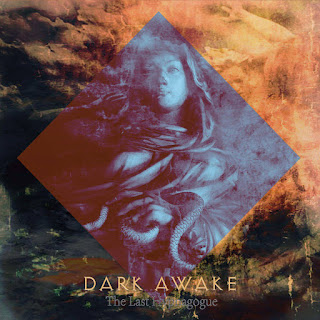 Elements  of  martial  can  also  be  heard  quite  a  bit  throughout  the  recording  while  some  of  the  songs  are  instrumentals.  All  of  the  tracks  also  sound  very  different  from  each  other  along  with  some  operatic  female  vocals,  spoken  word  parts  and  ethnic  instruments  being  added  on  the  recording  as  the  album  progresses.

When  percussion  is  utilized  it  gives  the  music  more  of  a  shamanistic  and  martial  atmosphere  along  with  one  song  mixing  the  percussion  with  neo-classical  style  synths,  touches  of  neo-folk  can  also  be  heard  at  times  and  the  album  closes  with  a  cover  of  Throbbing  Gristle's  "Persuasion"  which  also  introduces  clean  male  vocals  onto  the  recording.  The  production  sounds  very  dark  while  the  lyrics  cover  an  invocation  to  reincarnation  and  the  continuing  awareness  that  every  moment  of  life  is  lived  to  the  fullest  potential.

https://darkawake.bandcamp.com/album/the-last-hypnagogue
Posted by OccultBlackMetal at 12:27 PM No comments: