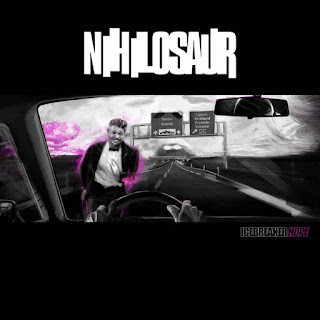 Nihilosaur  plays  a  musical  style  that  is  mostly  focused  on  death  metal  and  hardcore  but  also  mix  in  a  variety  of  many  other  genres  from  black,  doom,  sludge  and  industrial  to  create  a  sound  of  their  own,  the  production  sounds  very  dark  and  heavy  while  the  lyrics  cover  philosophical  themes  that  are  inspired  by  Aldous  Huxley,  Koheleth,  Jerzy  Prokopiuk,  and  Lech  Bukowski.

Posted by OccultBlackMetal at 3:31 PM No comments:

Horrida  Vultuum  creates  another  ep  that  is  all  instrumental  and  brings  in  a  great  amount  of  ritualistic  soundscapes  upon  a  dark  ambient,  black  metal  and  noise  influenced  sound  and  the  production  sounds  very  dark  and  raw.

http://horridavultuum.bandcamp.com/album/sonitus-inferum
Posted by OccultBlackMetal at 1:52 PM No comments: 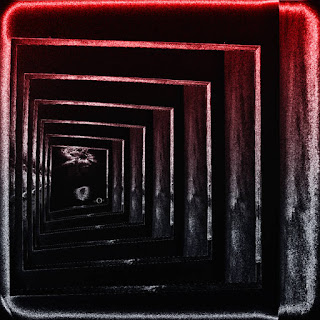 II  Vuoto  plays  a  style  of  funeral  doom  metal  that  is  very  heavy,  melodic  and  depressive,  the  production  sounds  very  powerful  for  being  a  self  released  recording  while  the  lyrics  cover  dark  and  depressive  themes.

Posted by OccultBlackMetal at 12:04 AM No comments:

1.For those that have never heard of you before, can you tell us a little bit about the band?
-We are called Apothecary. We formed around the end of 2012 and we wanted to make some slow, heavy music. For us it was just about getting the people I (Andy) was closest with together to jam. The bands we had played in recently had all dissolved so we wanted to keep the train going in one way or another. Being from Arkansas, you have a lot of musical inspiration surrounding you. So many great bands have been founded here, so its hard to stop once you get started.


2.So far you have released an ep and a full length, how would you describe the musical sound that is presented on both of the recordings?
-We are definitely proud of both releases. We feel the new album takes a turn from the first EP ,in the sense of, It was more of a collaboration between all of us and the EP was just one person writing the songs. We feel we refined the sound a bit more of the full length.


3.What are some of the lyrical topics and subjects the band explores with the music?
-We are all big fantasy fans (Conan, Star Wars, DnD, ect.) so our lyrics reflect that heavily. The first EP and the full length are actually a connected concept about one persons very long journey. As far as future releases go, there will definitely be more wizard lyrics, haha.


4.What is the meaning and inspiration behind the name 'Apothecary'?
-A close friend of mine named Matt Velte actually gave us the idea for it. Seeing as our lyrics and sound,to some extent,reflect a fantasy world, we wanted a name that you could associate with that.


5.What are some of the best shows that the band has played so far and also how would you describe your stage performance?
-We have played a plethora of incredible shows around here. The local scene is not he biggest in the world, but I feel its one of the strongest. One that always comes to mind is playing with a band called Wreck and Reference. Definitely a humbling and crushing experience.


6.Do you have any touring or show plans for the future?
-As of now we have commitments keeping us from leaving the state for too long, but we plan to be on the road as early as the fall.


7.Currently you are unsigned, are you looking for a label or have received any interest?
-We have been fortunate enough to have received a few offers, but nothing that has struck us hard yet. We are keeping our ears to the ground for sure.


8.On a worldwide level how has the feedback been to your music by fans of doom and death metal?
-Fantastic so far. I think we get more attention from outside the US than we do inside, haha. It seems doom is on the upswing once again and people are really enjoying it.


9.Are any of the band members currently involved with any other bands or musical projects these days?
-Not really as of now. Andy has a one-man black metal project called Suffer that has been on the back burner, but we really just try to pour all of our creative juices into one project.


10.Where do you see the band heading into musically during the future?
-We just got the opportunity to record a special Jethro Tull cover for a compilation that is being put together here in Little Rock. We are very excited about that. We are also writing new material for a new release. We are trying to line up a split with another band in the near future.


11.What are some of the bands or musical styles that have had an influence on your music and also what are you listening to nowadays?
-Other than the classic doom guys like Reverend Bizarre, Vitus and Warning we are all really into 60s-70s prog. Bands like Magma and Gentle Giant had a big effect on this last album, but we also are heavily influenced by more recent bands like Swans.


12.What are some of your non musical interests?
-We all play MMOs and all of that shit that shit that doesn't get us laid, haha. Not much else happens outside of music.
13.Before we wrap up this interview, do you have any final words or thoughts?
-Thanks for taking the time to talk with us, and thank you to who ever gives us the chance and reads this. It means a lot to us!

Posted by OccultBlackMetal at 10:15 PM No comments:

Apothecary/Drifting Towards The Ancients/2015 CD Review 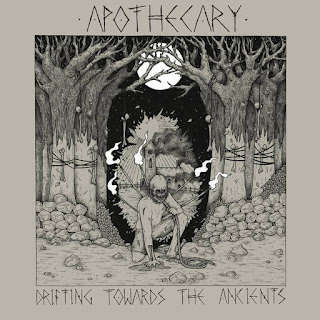 FACEBOOK »BANDCAMP »
Posted by OccultBlackMetal at 11:28 PM No comments: 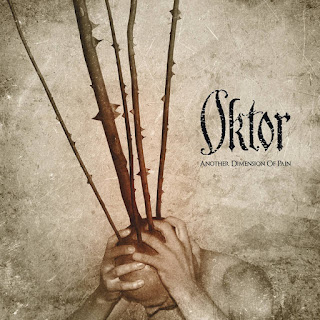 Oktor  plays  a  style  of funeral  doom/death  metal  that  is  very  dark,  melodic,  heavy  and  depressive  sounding  and also  mixes  in  a  touch  of  classical,  the production  sounds  very  professional  while  the  lyrics  cover  pain,  sorrow,  oblivion  and  despair. 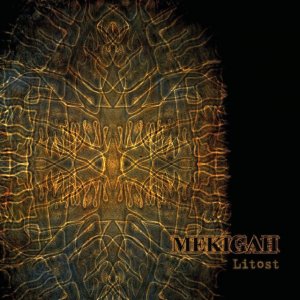 Ambient  style  noises  start  off  the album  along  with  some  soundscapes  and  after  awhile  the  music  starts  getting  more  distorted,  avant  garde  and  experimental  sounding  and  when  guitars  are  utilized  they  give  the  music  more  of  a  primitive  doom  metal  feeling  and  a great  portion of  the  tracks  are  very  long  and  epic  in  length.

Mekigah  plays  a  musical  style  that is  mostly  in  an experimental  and  dark  ambient  direction  but  also mixes  in elements  of  funeral  doom,  death  and  black  metal  along  with  a  great  amount of  drones  to  create an  album  that is  very  heavy yet  original at  the  same  time,  the  production  sounds  very  dark  and  heavy while  the  lyrics cover  death  themes.

Posted by OccultBlackMetal at 10:23 PM No comments: