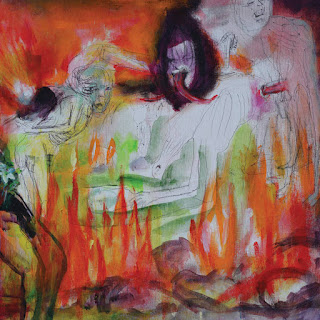 Fleshpress  creates  another  recording  that  remains  true  to  the  sludge,  stoner,  and  doom  metal mixture  of  previous  releases  while  also  having  some  psychedelic  and  black  metal  elements,  the  production  sounds  very  dark  and  heavy  while  the  lyrics  are  written  in  Finnish  and  cover  misanthropy,  anger  and  disgust  themes.

Posted by OccultBlackMetal at 6:43 PM