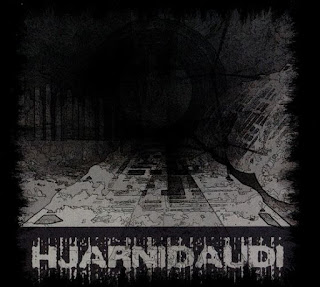 Hjarnidaudi  creates  another  recording  that  remains  true  to  the  instrumental  mixture  of  drone  and  funeral  doom  metal  from  previous  releases  while  also  showing  a  great  amount  of  progress  as  a  musician  and  the  production  sounds  very  dark  and  heavy.

Posted by OccultBlackMetal at 5:28 PM